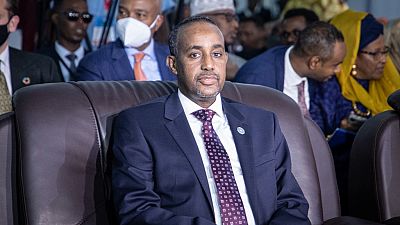 Somalia's Prime Minister Mohamed Hussein Roble on Wednesday accused the country's president of "obstructing" a high-profile investigation into the fate of an intelligence agent whose disappearance sparked an outcry in the Horn of Africa nation.

Ikran Tahlil, a 25-year-old officer with the National Intelligence and Security Agency (NISA), was abducted near her Mogadishu home in June, and last week her employers concluded that she had been kidnapped and killed by Al-Shabaab jihadists.

The militants promptly -- and unusually -- issued a denial, while Tahlil's family accused NISA of murdering her -- a view backed by many Somalis who have taken to social media to denounce the agency and demand justice.

Roble fired NISA's director Fahad Yasin on Sunday after asserting that the agency's report was "not convincing", but the official was reinstated the next day by President Mohamed Abdullahi Mohamed, commonly known as Farmajo, who dismissed the sacking as "illegal and unconstitutional".

The row intensified Wednesday after Farmajo promoted Yasin to the position of national security adviser and named Colonel Yasin Abdullahi Mohamud, an ally of Yasin, as acting head of NISA.

The president also said the report into Tahlil's disappearance would be presented before the national security council on September 18.

The dispute threatens to set off a full-blown political crisis in an already unstable country.

Roble said Farmajo's actions were harming the probe into Tahlil's disappearance "in the same way justice and rule of law agencies have been previously barred from exercising full investigation".

"That is a dangerous existential threat to the country's governance system," he said.

Roble, who was tasked with organising long-delayed polls to defuse protests after Farmajo controversially extended his mandate in April without holding a vote, also accused the president of trying to reclaim "the election and security responsibilities" from him.

But the two men have frequently clashed in recent months, with the spat threatening to throw an already fragile electoral process into deeper peril.

The international community is already worried, with the United Nations, the African Union Mission in Somalia (AMISOM), the United States, the European Union and East African bloc IGAD among those urging the country's leaders to end their dispute as a matter of urgency.

"We urge Somali leaders to de-escalate the political confrontation surrounding this investigation and, in particular, avoid any actions that could lead to violence," they said Tuesday in a statement released by the UN assistance mission in Somalia.

"We... (call) for a rapid resolution of this dispute, including a credible investigation of Ikran's disappearance and the completion of the electoral process without any further delay."

Somalia's parliamentary polls are now scheduled to kick off between October 1 and November 25 following months of delays.

The vote follows a complex indirect model whereby state legislatures and clan delegates pick lawmakers for the national parliament, who in turn choose the president.