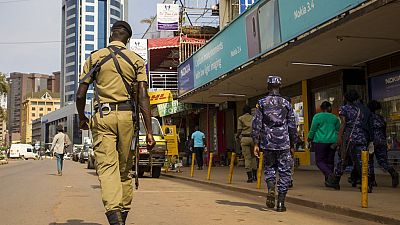 Ugandan security forces arrested one of the country's most prominent academics on Thursday for "espionage," the military said.

Lawrence Muganga, vice-chancellor of the private Victoria University, was arrested in broad daylight in the main building of the institution located in one of the busiest streets of the capital Kampala.

An amateur video posted on social networks shows armed men in civilian clothes forcing a man identified as Lawrence Muganga into a van known in Uganda as a "drone", which is associated with the abduction of government opponents.

Reacting to comments about the academic, army spokeswoman Flavia Byekwaso said allegations that Lawrence Muganga had been kidnapped were false. "He was arrested by the joint security forces for espionage and illegal stay in the country," she said, adding that investigations into the case "have begun."

Born in Uganda and of Rwandan ethnic origin (Banyarwanda), Lawrence Muganga was the spokesman for a part of this community living in Uganda. He has denounced the "marginalization" of this community by the Ugandan government, which allegedly has refused to issue identity cards to its members because they are perceived as foreigners.

One of Uganda's best known businessmen, Frank Gashumba, supported the campaign, saying that ethnic Rwandans are being "dehumanized" in Uganda.

The violent and heavy-handed manner in which Dr. Lawrence Muganga was kidnapped and dishonored in broad daylight under circumstances that are still unclear leaves a lot to be desired and many questions unanswered," said Gashumba on his Facebook page.

Lawrence Muganga's family fled to refugee camps in Uganda after leaving Rwanda during mass ethnic massacres in the late 1950s, according to U.S. bookseller and publisher Barnes & Noble.

Victoria University is owned by Sudhir Ruparelia, named by Forbes magazine in 2019 as Uganda's richest man and among the wealthiest in East Africa. According to the university's website, Lawrence Muganga studied at Harvard and earned a PhD from the University of Alberta in Canada.