Following a high turnout in Thursday's vote, Hakainde Hichilema, 59, was ahead of Lungu, 64, in about 20 percent of the constituencies announced so far, even as EU observers said campaign conditions had been "unequal" and favoured the incumbent.

This is the third time Hichilema has challenged Lungu in what analysts said would be a closely-fought election amid growing resentment about rising living costs and crackdowns on dissent in the southern African country.

The Electoral Commission of Zambia (ECZ) has so far released the results of 31 out of 156 constituencies, which put Hichilema ahead with 449,699 votes, compared to 266,202 for Lungu.

Both the ruling Patriotic Front (PF) party and main opposition United Party for National Development (UPND) claim their respective candidates are in the lead, citing their own tabulations.

Hundreds of UPND supporters marched through the capital Lusaka on Saturday, voicing impatience at the ECZ.

Voting dragged on late into the night and saw sporadic clashes and troop reinforcements in three provinces after two deaths were reported on election day, including a ruling party chairman.

Lungu on Saturday said the violence, which was concentrated in UPND strongholds, rendered the election unfair.

"With polling agents having been attacked and chased from polling stations, we were reduced to competing in seven (out of ten) provinces," he said in a statement, adding that the PF was "consulting on the next course of action".

Some analysts have expressed concern that Lungu might not accept anything other than victory.

The final outcome is set be announced within 72 hours of the last polling station's closing time, meaning the wait could stretch to early Monday.

There has been widespread concern about election rigging.

Scuffles occurred at several polling stations after people were accused of carrying pre-marked ballot papers, which the ECZ has denied.

The head of the African Union's observer mission, Ernest Bai Koroma, on Saturday said voting "operations were conducted in a peaceful, transparent and professional manner".

The electoral process was "technically well-managed" but "marred by... restrictions on freedoms of assembly and movement, and abuse of incumbency", chief observer Maria Arena told a press briefing.

Security forces blocked Hichilema from campaigning in several parts of the country, including the strategic Copperbelt Province, citing breaches of coronavirus measures and a public order act.

Around seven million people were registered to vote, the majority aged between 24 and 34, out of a population of over 17 million.

Alongside the president, they also elected a parliamentary representative, a mayor and local councillor.

Hichilema is running for the sixth time, backed by an alliance of ten opposition parties. 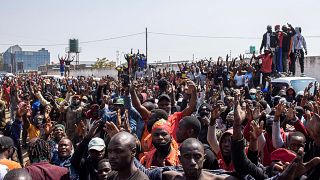 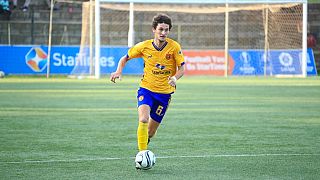 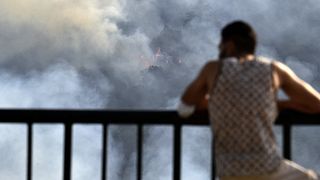