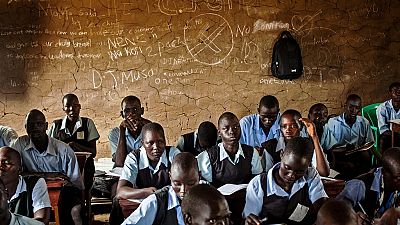 According to the country’s education ministry, schools will not charge more than 80,000 South Sudanese Pounds (about $615) from day students.

The directive also mandates boarding schools to charge not more than 200,000 Pounds or $1,535 per year.

82% of the population is considered poor.

He warned that action would be taken against schools found to be contravening the new directives.

The order also stops schools from charging extra fees for materials such as books.

Public education infrastructure is virtually non-existent in South Sudan, a gap that has been exploited by private educators.

Schools across South Sudan are reopened on May 3 after more than 15 months of closure due to Covid-19 restrictions.

Before the pandemic, 2.8 million children were out of school due to poverty, inequalities, cultural beliefs and nomadic lifestyles, according to UNICEF.

UNICEF fears that many will fail to resume their studies.

International schools and or teaching institutions affiliated with diplomatic missions are not affected by the directive, the ministry said.

The World Bank says poverty in the country has been made worse by conflict and economic mismanagement.