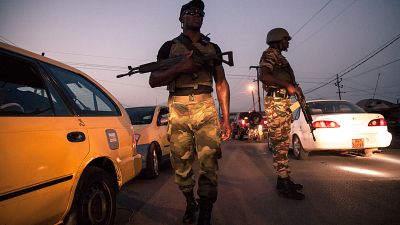 Human Rights Watch says it has evidence of a revenge attack by Cameroonian soldiers last year in which they raped at least 20 women, including four with disabilities in the English-speaking zone, which is in the grip of a bloody separatist conflict.

The attack on the village of Ebam in the South-West region, where armed separatists since 2016 have been fighting for independence for the country’s minority Anglophone regions, was "one of the worst by Cameroon’s army in recent years," HRW said on Friday.

The rights group also said the soldiers also killed one 34-year-old man, arrested 35 others, burned one home, looted scores of properties, and severely beat the men they took to a military base.

There has been no effective investigation, and no one has been held accountable for the crimes, according to information obtained by HRW.

"One year on, survivors of the Ebam attack are desperate for justice and reparations, and they live with the disturbing knowledge that those who abused them are walking free and have faced no consequences,” said Ida Sawyer, deputy Africa director at Human Rights Watch.

HRW said a doctor who screened the survivors in August said that women described symptoms consistent with post-traumatic stress and depression: fear, anxiety, sleeplessness, and an inability to complete daily tasks.

HRW’s investigation included interviews between August and January with witnesses, rape survivors and a doctor who had treated them.

Witnesses said that more than 50 soldiers entered Ebam on foot at about 03:00 on 1 March 2020, breaking into almost all the 75 houses in the village.

“It was dark, and I was alone. They searched the house and stole my phone and money. One of them abused me. He said: ‘If you don’t have sex with me, I will kill you!’

“I was too afraid to say or do anything. After the rape, I ran into the bush where I spent two months. I am still upset and traumatised.”

Rape used by soldiers to 'punish'

Cameroon's army did not reply to a request for comment by the news agency AFP.

Since 2016 Cameroon’s North-West and South-West regions have been wracked by violence, as armed separatists seek independence for the country’s minority Anglophone regions.

This conflict has killed more than 3,500 and forced more than 700,000 people to flee their homes.

"This attack is quite emblematic of what is happening in Anglophone Cameroon," Ilaria Allegrozzi, HRW researcher for Cameroon, told AFP.

"Rape was used by the soldiers to punish the population for welcoming the separatists. And this is nothing new. They operate with impunity," she said.

“Today, separatist attacks on military posts on one side, and abuses by security forces on the other, take place almost every day. Civilians are caught in the crossfire and live in the city. fear ", she continues.

Cameroon mourns the passing away of Christian Cardinal Tumi

Cameroon mourns the passing away of Christian Cardinal Tumi