The future for opponents of Guinea's President Alpha Conde looks even bleaker.

Opposition politician Oumar Sylla, known by his alias Foniké Mangué, was taken away by police on Thursday after a court sentenced him to 11 months in prison for disturbing public order.

He is an outspoken critic of the president and was opposed to the constitutional change that Conde made to allow him to run for a third time.

Conde, 82, won the vote in a violently disputed election on October 18.

While Sylla was taken away he said he would continue to fight against the election.

He was arrested in September and says he was kidnapped by a group wearing civilian clothes and one in uniform after he was knocked off a motorcycle and then detained.

Earlier this month two other opposition figures, Souleymane Conde and Youssouf Dioubate were each sentenced to a year in prison on charges of inciting an insurrection.

Both members of the FNDC opposition coalition were also fined almost $2,000 each.

Hundreds of other opponents, before and after the October vote, have been arrested and are still in jail awaiting trial.

Four have died in detention including Roger Bamba.

The government said he died after an illness but his family says he was poisoned.

Conde’s actions have raised fears about a democratic backslide in Guinea. 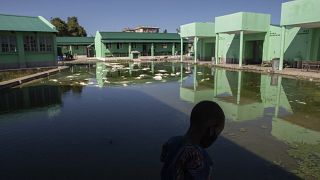 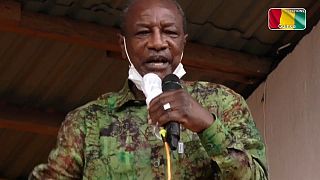 Guinea vote: Who is Conde, the leader seeking a third term?

Guinea vote: Who is Conde, the leader seeking a third term?