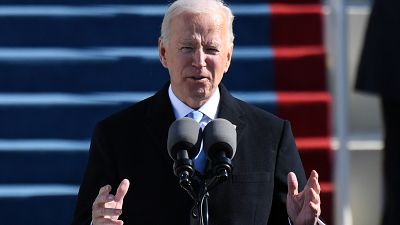 Joe Biden became the 46th President of the United States on Wednesday, declaring that ``democracy has prevailed.``

Biden swore the oath of office to take the helm of a deeply divided nation, inheriting a confluence of crises arguably greater than any faced by his predecessors.

On a chilly Washington day dotted with snow flurries, a bipartisan trio of ex-presidents along with the elite of nation's government gathered, ensuring the quadrennial ceremony persevered, even though it was encircled by security forces evocative of a war zone and devoid of crowds because of the coronavirus pandemic.

"This is America's day. This is democracy's day. A day in history and hope, of renewal and resolve.'' Biden added.

And then he pivoted to challenges ahead, acknowledging the surging virus that has claimed more than 400,000 lives in the United States. Biden looked out over a capital city dotted with empty storefronts that attest to the pandemic's deep economic toll and where summer protests laid bare the nation's renewed reckoning on racial injustice.

Biden was not applauded by his predecessor.

Flouting tradition, Donald Trump departed Washington on Wednesday morning ahead of the inauguration rather than accompany his successor to the Capitol. Though three other former presidents _ Bill Clinton, George W. Bush and Barack Obama _ gathered to watch the ceremonial transfer of power, Trump, awaiting his second impeachment trial, instead flew to Florida after stoking grievance among his supporters with the lie that Biden's win was illegitimate.

Biden, in his third run for the presidency, staked his candidacy less on any distinctive political ideology than on galvanizing a broad coalition of voters around the notion that Trump posed an existential threat to American democracy.

On his first day, Biden will take a series of executive actions _ on the pandemic, climate, immigration and more _ to undo the heart of Trump's agenda at a moment with the bonds of the republic strained. 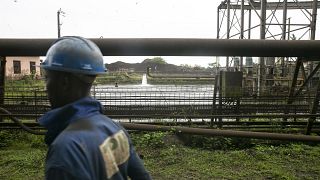