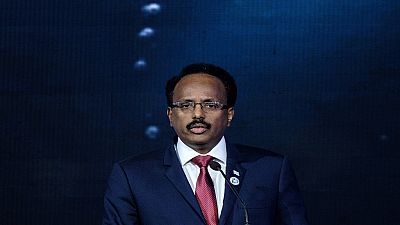 Somalia officially cut diplomatic relations with neighbouring Kenya recently citing accusing Nairobi of mobilizing troops and arming militia along a shared border. The two governments have been on an on and off collision course over the last few years.

From an unresolved maritime dispute currently before the International Court of Justice, ICJ; through to the hosting of Somali refugees and deployment of Kenyan troops in the anti-terrorism fight.

Even before Mogadishu’s recent move, Kenyan president Uhuru Kenyatta hosted leader of Somalia’s semi-autonomous region of Somaliland, Muse Bihi Abdi. Bihi is quoted as saying the current tiff had nothing to do with his trip.

“The relationship between Somalia and Kenya is up to them, and it has nothing to do with us. But if Somalia cuts off diplomatic relations with any country that establishes a relationship with Somaliland, which has been away from Somalia for the last 30 years, we will see to whom Somalia will have a relationship.”

Somaliland was at the heart of Somalia’s last diplomatic spat with a fellow African country, Guinea to be specific. The Somaliland leader had been accorded presidential courtesies during an “official” visit to Conakry in April 2019.

It was not long before Mogadishu announced that it had severed all ties with Guinea because of how it received the Somaliland president.

Earlier this year, relations between Somalia and Somaliland were the subject of intense talks in Djibouti. The talks mediated by Djibouti president Omar Guelleh was also attended by Ethiopian Prime Minister Abiy Ahmed.

Delegations from both sides agreed to hold further talks aimed at resolving differences between them. Somalia wants to uphold a united country whiles Somaliland is pushing for independence.

Meanwhile Somaliland leader insists that the central government was to blame for delays in further talks, following a summit earlier this year in Djibouti. Mogadishu has yet to comment on a recent diplomatic incident when a top Malawian diplomat met Somaliland officials.

Somaliland’s strongest diplomatic partner yet is Taiwan, which has defied China to also engage diplomatically. If Somaliland succeeds, it will become Africa’s 55th independent nation, taking a slot currently occupied by South Sudan; only time will tell. 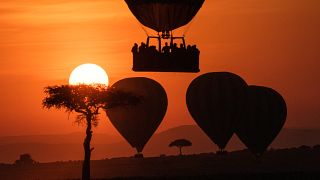