Zambian President Edgar Lungu unveiled a 2020-2023 economic recovery plan on Thursday as the nation which is hugely dependent on copper — whose price has been hit hard by the Covid-19 pandemic, has seen its external debt surge to nearly 12 billion USD this year.

Lungu stated that the country would take a major stake in some mines as the government is locked in a protracted dispute with a Mumbai-based conglomerate Vedanta Resources over a subsidiary, Konkola Copper Mines (KCM) — which is jointly owned with Zambia's state mining arm.

The government last year placed KCM into liquidation. This move was contested by the majority shareholder Vedanta and led to legal proceedings.

On the ground level, Zambians are feeling the effects of the economic crisis.

Bright Mapiki, a local pharmacist, outlines the situation he is dealing with in the day-to-day running of his business, "We are lacking some of the drugs, like those that used to come from China and the like, we don’t have some of those commodities. But basically, it is the high cost of doing business with regards to how much the dollar has gone up. Medicines have become so expensive."

Mildred Mwenya, a local hardware trader, is also concerned about the economic state of affairs, "When you go to order goods and the following day the prices increase, business is bad. When we arrive at work, we have no customers and not even food to eat in the morning. Those who use transport are affected and we also need to pay rent for the shops."

Pay Debts and Revive the Economy

The president's programme is aimed at reviving the economy post-pandemic and comes as Zambia is in talks with the International Monetary Fund over a request for funding to carry out reforms.

Scott Mwanza, from vox-pop does not sound too hopeful, "This debt is there to stay with us. It will be here, it has just to take God. Unless the countries outside there think of forgiving us like they did some time back - debt cancellation. Maybe that could work, but not that the countries in Africa will be in a position to pay these debts with such situations that we are in. "

In October, the ratings agency S&P declared Zambia in default after the country missed a key payment due on interest due on a bond.

A month later, a grace period ended for payment on a 750 million USD eurobond due to expire in 2022. 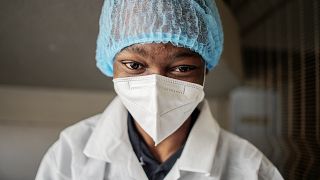 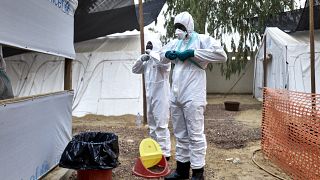 Mali Goes into Lockdown to Fight the Covid-19 Pandemic 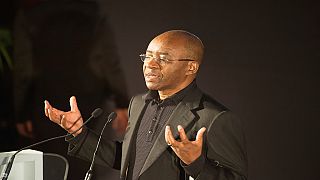 Netflix names first African to its board of directors

Mali Goes into Lockdown to Fight the Covid-19 Pandemic

Netflix names first African to its board of directors