After a three-day boat trip from Western Sahara, Mohceine Ait Lamadane reached the Canaries and from there travelled to Italy, taking advantage of a system swamped by arrivals and slowed by the coronavirus.

"I paid 2,000 euros ($2,430) for the crossing," 23-year-old Lamdane told AFP in late November after disembarking at Arguineguin port in Gran Canaria where Spain's coastguard drops off migrants picked up at sea.

And barely 10 days later, he was in Italy "with his two brothers", confirmed his cousin Moulay Omar Semlali, 40, who lives in Gran Canaria, the archipelago's largest island.

It was Semlali who picked him up from Arguineguin, a small fishing port that has in recent months taken centre stage in the crisis, with its temporary camp -- that was only set up to process migrants and run virus tests -- completely swamped.

At one point, more than 2,100 people were staying there, mostly sleeping rough on the ground in conditions deplored by international rights groups, politicians and legal officials.

Following the criticism, the government dismantled the encampment on November 30, after announcing plans to build emergency encampments to house 7,000 people.

In normal times, when someone enters Spain illegally, the police identify him or her and issue them a deportation order, except in cases where they qualify for international protection as a refugee.

The process must be carried out within the first 72 hours as after that "detention is illegal," explains Daniel Arencibia, a lawyer who works with migrants in Gran Canaria.

They are then sent to a temporary camp where they wait until they are sent back home.

But the three-day deadline hasn't always been respected by the authorities, who have been completely swamped by the arrival of nearly 20,000 people this year, 10 times the number in 2019.

In November, a local judge spoke out to remind the authorities that migrants can no longer be held "against their will" beyond the initial 72 hours.

Nor can those awaiting deportation be sent to temporary detention centres, most of which have either been closed or forced to radically limit their capacity due to the pandemic, which has also put repatriations on hold.

Although the government has dismissed the idea of transferring migrants to mainland Spain -- as demanded by the authorities in the Canary Islands -- officials admit that some managed to make the journey themselves and from there, travel to other parts of Europe.

Ahead of Arguineguin's closure, many people turned up at the port to search for relatives or friends, an AFP journalist said.

Abdel Rostom, a Moroccan national who lives in Gran Canaria, came to look for the relative of a friend who arrived by boat "in order to send him over to mainland Spain".

And when around 200 migrants showed up in the southern city of Granada, the Spanish government's rightwing and far-right opponents accused it of chartering a plane to fly them all over.

But the government denied the allegation, saying they were free to do as they please and had bought plane tickets with their own means.

"The bulk of arrivals in recent months have been people who are eligible to be sent back" to Morocco or other African nations, Hana Jalloul, Spain's junior minister for migration, said last month.

But some people "have just left, because they're free and they have family networks (elsewhere)," she said.

In the throes of a diplomatic offensive to reactivate deportations, the interior ministry does not provide figures on such cases.

Jose Luis Guedes, secretary-general of the SUP police union in the Canary Islands, says many North Africans arrive with all their passports and identity cards intact.

"They know they can't be expelled, that they're free, and they manage to travel by their own means to mainland Spain and there they disappear," he told AFP.

"They go to France, Belgium, Germany which is their real destination," he explained.

"They don't want to stay in the Canary Islands, it's just a stepping stone." 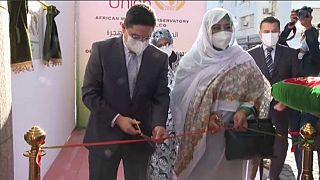 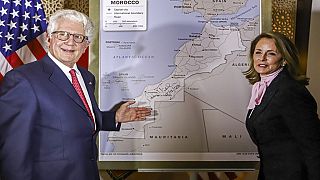