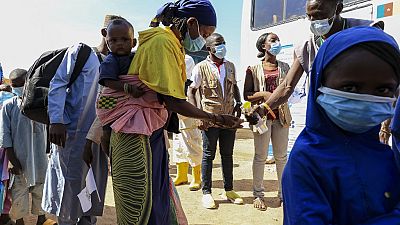 Around 200 Central African refugees taking refuge in neighboring Cameroon make their way back to their country. In fear for their lives as violence erupted in the Central African Republic, they fled to Cameroon for safety.

"People are not being repatriated to areas that are completely unsafe, and where their lives would be in danger tomorrow. So that's why you don't have everybody going back yet. There are people who know very well that they cannot go home yet. Those who are going back now are those who are going to places that are safe, «Olivier Beer said.

For some, the inability to cast a vote on December 27 is concerning.

"We feel excluded from the election process because in 2015 we had participated in the election. In 2020, too, we also wanted to participate to vote. We too have our choice with regard to the presidential election in CAR", Yacouba Dialo, Central African refugee said.

More than a quarter of the nation’s population had fled their homes since a civil war started in 2013.

Though some are returning, around 300,000 people of voting age will not be able to take part in the December 27 presidential elections. 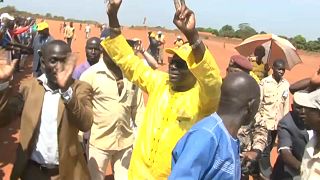 The Battle for Central African Republic city of Bangassou

The Battle for Central African Republic city of Bangassou