Residents of the state are for the first time voting to elect officials for 27 local government councils in the state.

Officers say the exercise is being undertaken under covid-19 protocol observations.

"We are very much enlightened by NOA and other agencies in order to bring a social distancing among the people and the people are very much aware and definitely they respond to the advice", said Returning officer, Abdulrahman Bulama Ali.

At total of 38 chairmanship candidates, including two university professors are contesting in Saturday’s local elections.

The councils have been run by caretaker committees appointed by the state governors since 2012.

The ruling All Progressives Congress (APC) party told a local newspaper that it had fielded the two professors contesting in the local elections.

Voting began at 8 am local time in 5,012 polling stations in Borno State and is expected to end at 2pm, officials said. 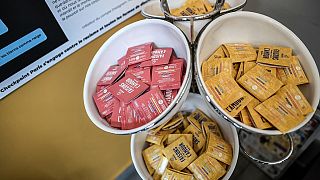