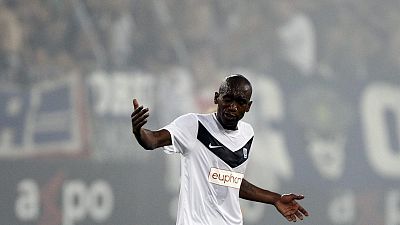 Anele Ngcongca, a former South Africa defender who played for the host team at the 2010 World Cup, died in a car crash early Monday. He was 33.

The South African government said Ngcongca died in the crash in the Kwazulu-Natal province. South African media reports said he was a passenger in the car and the driver, a woman, was in the hospital in critical condition. She was not identified.

Ngcongca played for South Africa from 2009 to 2016. He made 53 appearances for Bafana Bafana and was a member of the team when South Africa hosted the 2010 World Cup.

He played in Europe from 2007 to 2016, winning a league title and the Belgian Cup twice with Racing Genk.

In 2015, he joined Troyes AC in France on a season-long loan.

Ngcongca's current club, Mamelodi Sundowns, offered condolences to his family and friends. The defender was on loan at Kwazulu-Natal-based club AmaZulu at the time of his death.