As of Friday evening, at least 21,000 Ethiopians had crossed into eastern Sudan, according to the regional head of Sudan's refugee agency, Alsir Khaled.

Many are in fear of having lost their homes and livelihoods and some are even separated from their families as they fled the intense and traumatising fighting between the Ethiopian army and authorities of the Tigray region.

The Northern region — still under am officially declared state of emergency, continues to be under curfew and is currently seeing a communication blackout. Hence, the information provided by the exhausted and terrified refugees crossing the border into the neighbouring country is some of the first eyewitness accounts of the conflict which is now spanning around a week.

One Ethiopian shared his experience, "I left with seven people, four of them are my nephews. Now I have no idea where my brother, his children and his wife are. Are they alive or dead? I don't know. But those who were with me brought them here, and when we arrived here, we could sometimes eat. The first time we saw water was when we arrived here. This is all because of the war."

Another Ethiopian woman seems devasted, "They are abusing us, we came with five to six children on our backs. The children don’t have anything to drink and eat. All of us are suffering, we don't have clothes of our own, what clothes we have worn were borrowed from neighbours. We want the Tigray region and the federal government to look after us."

Ethiopia's Prime Minister Abiy Ahmed ordered military operations in Tigray last week in response to attacks on two federal military camps by Tigrayan regional authorities — whose political party once dominated the nation's politics and claim the ethnic group has been sidelined and unfairly targeted under the Ahmed administration.

Many in the international community have cautioned against all-out civil war and have made appeals on behalf of the civilians in the Tigray region.

Michelle Bachelet, the United Nations Rights Chief issued a warning on Friday of possible war crimes in Tigray. The UN's Special Adviser on the prevention of genocide, Pramila Patten, also "condemned reports of targeted attacks against civilians based on their ethnicity or religion."

Afro Solidarity at Home and Abroad

Journalists on the ground have reported the kind gestures of solidarity by the Sudanese villagers to help the Ethiopian refugees. However, as many Ethiopians continue to arrive many are concerned about the strain their already very limited resources and more aid will most likely be necessary from governments, organisations or charities. 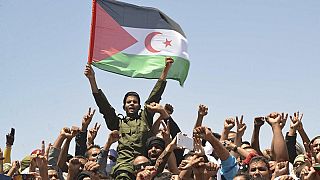