Reports on the death by troops from the French-led Barkhane force military operation of Bah Ag Moussa, described as the military commander of the Al-Qaeda-aligned Group to Support Islam and Muslims (GSIM) in the Malian desert who had been on a United Nations sanctions list and was believed responsible for numerous jihadist terrorist attacks on Malian and international ally forces in the region.

Friday’s announcement marks the conclusion to an operation launched Tuesday in a series of anti-jihadist action taken in recent weeks.

France has thousands of troops in West Africa to help fight jihadist around the area. The ousting of Islamist extremist groups from power in Mali by way of a military operation in 2013 saw a regrouping of jihadist forces in the dessert who have since wreaked terror and havoc in the region. 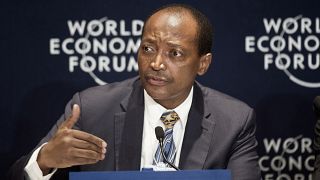 More Bids for the Confederation of African Football Presidency

More Bids for the Confederation of African Football Presidency