A day after being declared Guinea's president for a controversial third term by the constitutional court, incumbent Alpha Conde staged an hour-long walkabout in Conakry on Sunday

But the 82-year-old did so with bodyguards surrounding him after his main opponent Cellou Dalein Diallo called for resistance "by all legal means".

The scenes of jubilation during his hour walk in the capital are a far cry from the deadly clashes seen after he pushed through changes to the constitution that allowed him to run again.

With 59.5 percent of the votes cast, Conde's support surpassed the absolute majority needed to win in the first round, judges found, throwing out challenges to the October 18 ballot from figures that include his main opponent.

"Despite all the threats, despite everything, the people of Guinea mobilized massively, especially women and young people voted massively," Conde said.

"Since 1958, the people have shown that in Guinea it is the Guinean people who decide, and no one else."

Conde also pledged to take a look at outstanding issues between Guinea and France, the ex-colonial power, again without providing details.

After months of violent confrontation and a bitter campaign, he insisted the time had come to "reach out" to opponents and improve the daily lives of the country's inhabitants.

Guinea is one of the poorest countries in the world and has seen frequent bouts of political violence.

Its politics are mainly drawn along ethnic lines: the president's base is among the ethnic Malinke community, while Diallo has strong backing among the Fulani people.

But the 68-year-old insists that data his activists gathered at polling stations shows he won the vote and is the victim of fraud.

While observers from other African countries have backed the official results, France, the European Union and United States have cast doubt on them.

Diallo accused judges of "putting themselves at the service of a man and his ambitions, rather than upholding their oath".

There is no way for Conde's opponents to appeal the constitutional court decision, leaving the path clear for the president to begin a new six-year term -- with the option for a second under a new constitution introduced in March.

Clashes between security forces and Diallo supporters after the election again proved deadly, with the opposition saying 46 people were killed in a "wave of terror" while the government put the toll at 21, including some gendarmes.

Diallo's UFDG party has published a list of names of the dead, including photographs of their corpses, matching its higher count, which comes on top of 90 people it says had already been killed since October last year. 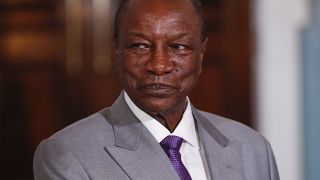 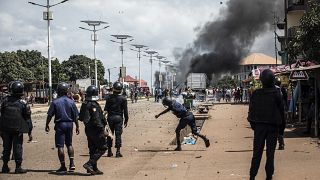