The defence lawyers of Omar al-Bashir doubled down on their allegation of bias and ineligibility against the prosecutor general Tagelsir al-Hebr of the ousted Sudanese president’s case. Bashir found guilty last December of corruption and currently on trial since July 21st for undermining constitutional order and the use of military force to commit a crime could face the death penalty if convicted.

After a gruelling almost two-hour session, the judge decided to adjourn the media covered trial - which is broadcast on Sudanese television, for a week to November 10.

Bashir was in power for 30 years until the military overthrew him on April 11, 2019, following unprecedented mass youth-led street demonstrations.

Since his fall from position, Bashir has been jailed in Khartoum's high-security Kober prison and has also been indicted by the International Criminal Court (ICC) over the deadly conflict in the Darfur region of western Sudan that broke out in 2003.

The United Nations estimates 300,000 people were killed and 2.5 million displaced in the conflict. 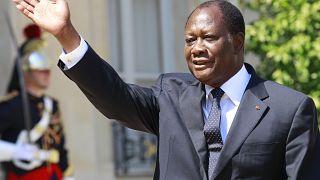