Guarded by a heavy police presence, Ivory Coast's electoral commission has started to announce the preliminary result of the presidential vote.

With 2 of the four candidates boycotting, incumbent President Allassane Ouattara is expected to win, especially in the north of the country.

The area is known for being a stronghold of the president.

According to the first results, President Ouattara obtained 98% of the votes in Korhogo the northern capital, with an 88% participation.

Ouattara's opponents keep claiming his bid for a third term was unconstitutional, and say the vote which, according to them, is an attempt at a "coup d'etat", was a failure.

Through FPI's leader Pascal Affi N'Guessan, opposition leaders called for a civil transition on Sunday, and once more stated they no longer recognized Alassane Ouattara as the Ivory Coast's president.

The RHDP ruling party has meanwhile "warned" the opposition "against any attempt at destabilization". 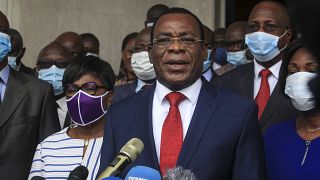 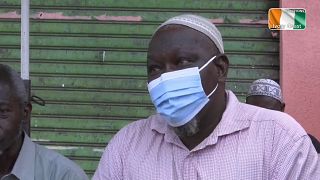 "What's to come?", Ivorians Ask, as Many Fear More Unrest

"What's to come?", Ivorians Ask, as Many Fear More Unrest