In the United States, Donald Trump and Joe Biden are attacking each other from a distance during their meetings three days before the presidential elections.

Donald Trump does not slow down the pace of his meetings: three per day. He targets states where a victory would give him hope of staying in his post.

Thus, this Friday, he crisscrossed the Midwest. And during his stage in Rochester, Minnesota, he didn't spare his attacks against his opponent.

_'Biden and the extreme left are inciting violence with their vile anti-police rhetoric and by saying that they are weak people, very weak people. They are allowing the rioters to ransack the streets that were financed by you,' _he said.

This Saturday, Donald Trump is scheduled to travel to Pennsylvania, again a key state in the race for victory.

The Democratic candidate was also in central Wisconsin on Friday, in Milwaukee, Wisconsin. This state, Hillary Clinton had neglected it 4 years ago, believing that it was acquired by the Democrats, and she had been beaten there by Donald Trump. So Joe Biden came to speak directly to this Democratic-conscious electorate.

'My friends, I'm going to protect Social Security, Medicare and Medicaid. And you know what, he won't be able to do anything because we are going to win this election.

You saw how weak and messy Donald Trump was. When he talks about his trade policy... but my God, it's been a disaster!' the Democratic candidate promised.

This Saturday, Joe Biden will be in Michigan, with a distinguished guest: former Democratic President Barack Obama.

More than 86 million voters have already cast their ballots. That's more than a third of the entire electorate. 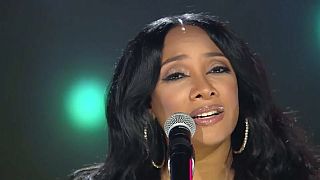