Algerians unhappy about France's lack of apology for war role 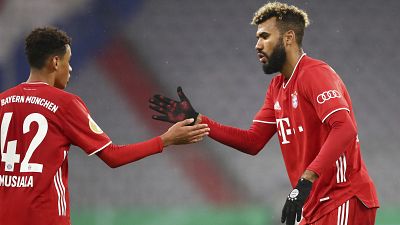 The Cameroon international combined well with French-born Senegalese forward Bouna Sarr, who also arrived at Allianz Arena this summer, to open the scoring in the 24th minute.

Thomas Mueller scored a penalty in the 36th-minute. Choupo-Moting then made it 3-0 with a superb strike on 75 minutes.

The win sent Bayern Munich through to the second round of the German Cup.

The Bundesliga champions were missing many of their biggest stars - including Manuel Neuer and Robert Lewandowski - due to international call-ups.

But with the likes of Thomas Mueller, Jerome Boateng and Javi Martinez in the starting eleven, their was still way too much quality and experience in Hansi Flick's side.