Tunisian international tennis player, Ons Jabeur, already a young champion in Paris in 2011, was the first North African and Arabic speaking woman to reach the 3rd round in the French Open in 2017 and is currently competing in this year’s fourth round.

Nabil Mlika, first trainer of Ons Jabeur, shares his memories of the early beginnings of her career, "When she was young, we hoped that she would succeed because she was exceptional, this must be said! And since we didn't know the path that she should take, we had doubts but we knew that Ons had an enormous potential compared to others. She loves challenges and she pushes herself to overcome them."

Her impressive track record in the sport is a testament to her admirable work ethic. And former coach Mlika is amazed to see how it all turned out for his former trainee, "When she used to speak to her mother, she was maybe 10 years old, she told her several times that 'One day I will make you drink a cup of coffee at Roland Garros.' I took it as a joke. But apparently, she was so serious, and she did it, it's magic."

Jabeur is scheduled to face US player Danielle Coleman and perhaps continue to blaze a trail in the sport for her country and attain new heights in her career. 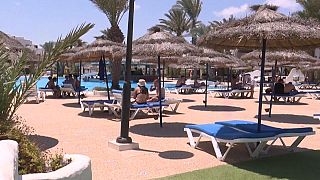 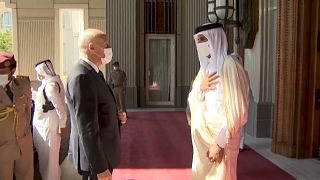