The president of the Union for Progress and Change (UPC), Burkina Faso's main opposition party, Zephirin Diabré, and former Prime Minister Isaac Zida, filed their candidacies for the November 22 presidential election with the National Electoral Commission (Ceni) on Friday.

In the 2015 elections, Diabré, 61 years old, came second with 29.65% of the votes, defeated by current President Roch Marc Christian Kaboré, who is seeking a second term and whose record he criticized.

"Five years of managing the MPP (People's Movement for Progress, President Kaboré's party), have brought Burkina Faso to the brink of chaos. We are obliged to save it today because that is what it is all about," he said.

Former minister of Blaise Compaoré in the 1990s, Zéphirin Diabré had gone into opposition in 2011 by founding the UPC, three years before a popular uprising ousted his former boss after 27 years in power.

Supporters of former Prime Minister Yacouba Isaac Zida, in exile in Canada, also submitted his candidacy, assuring that he would be back for the election campaign.

"This country not only needs justice and reconciliation, but above all it needs love because it is in the hearts that conflicts are born. The Burkinabe need brotherhood to be able to face a number of challenges that beset the country and that we are facing," said the president of the Patriotic Movement for Salvation (MPS), Augustin Loada, on his exit from the Ceni.

In exile in Canada since 2016, Zida, who is the MPS candidate and whose return has been repeatedly announced by his supporters, is facing an arrest warrant for "desertion in peacetime and refusal to obey".

At the time a lieutenant-colonel, Zida seized power on 1 November 2014, the day after the fall of Blaise Compaoré.

After strong pressure from political parties, civil society and the international community, he relinquished power after three weeks to Michel Kafando, a retired diplomat, who immediately appointed him Prime Minister in a transitional government.

In early August, several opposition political parties, including the MPS and the UPC, signed an agreement to support, in the event of a second round, the candidate who had come out ahead in the first round.

Other candidates who have already run for the presidency include many Compaore-era officials: former Prime Minister Kadré Désiré Ouédraogo, Gilbert Noël Ouédraogo, leader of a party formerly allied with Compaore, and Eddie Komboïgo, president of the ruling Congress for Democracy and Progress (CDP).

Other strong candidates include Tahirou Barry, third in the 2015 presidential election, a minister who resigned from Kaboré's first government, and the jurist Abdoulaye Soma.

Since 2015, jihadist attacks have occurred almost daily in Burkina. This violence, sometimes intertwined with inter-community conflicts, resulted in at least 1,100 deaths and forced more than one million people to flee their homes.

According to a law passed in August, elections will be validated, although they cannot be held throughout the country due to insecurity related to jihadist groups. 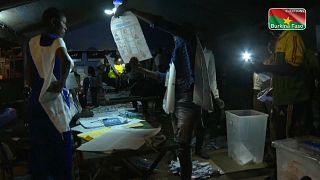 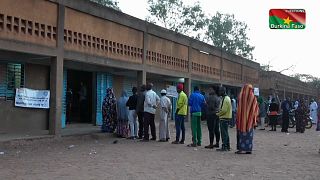