The Eastern Conference champion Miami Heat and the Western Conference champion Los Angeles Lakers will tip off the NBA (http://www.NBA.com) Finals 2020 presented by YouTube TV (https://bit.ly/2S6vdmK) on Wednesday, Sept. 30 at 9 p.m. ET on ABC and ESPN Radio in the United States. The NBA Finals will reach fans live in 215 countries and territories in 48 languages.

YouTube TV has renewed its multiyear marketing partnership with the league as presenting partner of the NBA, WNBA and NBA G League Finals. YouTube TV’s NBA Finals plans include launching a new brand TV spot, featuring branding throughout the arena and bringing the product experience to life through innovative broadcast integrations on ABC.

Here is a by-the-numbers look at the NBA Restart and NBA Finals 2020 presented by YouTube TV.

The NBA Campus at Disney

NBA Finals Around the World 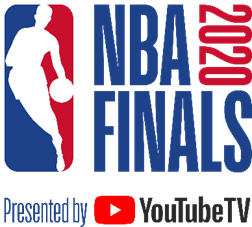