A long queue of downcast Zimbabweans stretches out in Chitungwiza, Zimbabwe as inhabitants await their turn to receive their daily food handout.

This way of life was not what many envisioned after the late former president Robert Mugabe was forced to resign from his position in 2017 after 37 years in power.

A year after his passing at age 95 in a Singapore hospital, many Zimbabweans reflect on how time has changed their initial happiness at his ousting to regret at the current state of the country in his absence.

Empty words to Zimbabweans who believe to have been much better off even under the former president’s authoritarian regime which not only savagely repressed opponents but also saw an economic collapse following controversial land reforms 20 years ago.

Zimbabwe's economy did see improvement during a power-sharing government between Mugabe and the main opposition Movement for Democratic Change. However, the state of economic affairs has been on a steady downturn over the last decade upon the dismantling of that deal.

More of the Same

Prosper Chitambara, a Zimbabwean analyst and researcher, gave some insight into the national situation, "There is a perception that it's really more of the same, because when they came one of the major promises was to deal ruthlessly with the issue of corruption but we haven’t seen a lot of progress around the whole issue of corruption. In fact the perception from some people is that corruption has actually worsened in this dispensation that we are in so I think for most people it's really more of the same."

Mnangagwa has somewhat followed a similar path as he too has become known for brutally crushing his opponents.

A month back, he threatened to "flush" out bad "apples", only for an opposition politician Jacob Ngarivhume and journalist Hopewell Chin'ono to be arrested on charges of inciting public violence at a non-violent protest against government corruption in July.

On Wednesday, both individuals were released on bail after spending 45 days in jail.

The Zimbabwean government insists there is no crisis in the country. 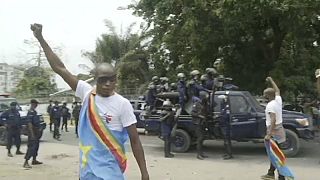 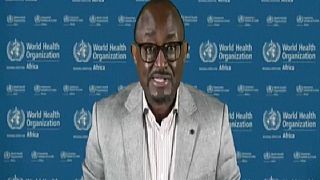