Some fans are protesting. But these are not the usual protesters you'd find on a political train. They are football lovers gathered outside their favourite club Camp Nou to clamour for their idol to stay.

After nearly two decades with the Spanish giants, Lionel Messi has told Barcelona he wants to leave the club.

The club confirmed on Tuesday the Argentine sent a document expressing his desire to activate a release clause that would end his contract.

"The strange thing is that he has not left the club before. It is absolutely disgraceful what this board of directors have been doing since 2010. Even with Sandro Rosell, before the arrival of Bartomeu. They have lost all valuable things at the club. Guardiola, (Johan) Cruyff and now Messi. So this ends with Messi leaving and a shameful 8-2 defeat (against Bayern Munich in the UEFA Champions League)." 25 year old Adria Corchero, a journalist and fan of Messi said.

For Sergi Riera, a 36-year-old restaurant worker, "this cannot just be allowed. Because in the end, Messi is the little happiness that we can have right now. They must do something. They should resign and try to talk to him tomorrow (Wednesday). Anything."

Baracelona have not officially replied yet but are understood to be preparing one.

The announcement comes 11 days after Barcelona's humiliating 8-2 loss to Bayern Munich in the Champions League quarter-finals, one of the worst defeats in the player's career and in the club's history.

The defeat capped a difficult season for Barcelona - the first without a trophy since 2007-08 - and ignited one of their worst crises ever.

Messi has won a record six Ballon d'Or awards during his time at Barcelona as the top player in the world, and has helped the club win 10 Spanish league titles and four Champions Leagues.

Any club in the world, surely, would jump at the opportunity to recruit the Argentine superstar, but it remains to be seen what club can afford him and where indeed hed love to go. 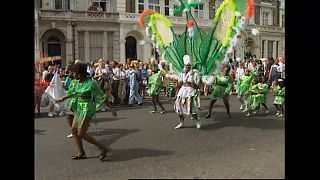