Ibrahim Boubacar Keita, a controversial figure in Malian history, was born January 29, 1945, in the southern Malian city of Koutiala which is situated in the Sikasso region in — what was once, French Sudan.

His formal education was spread between his home country, West African neighbour Dakar, Senegal at the University of Dakar, and Paris, France at the University of Paris I where he obtained a Master's degree in History. He stayed on at the university as both a researcher at the CNRS and later as a teacher.

IBK’s return to Mali in 1986, saw him work as a technical consultant for the European Development Fund, putting together the first small-scale development program for the European Union's aid activities in Mali. He later went on to become the Malian Director for the French chapter of the international NGO which aids children in the developing world, Terre des hommes.

After his studies, he was a researcher at the CNRS and taught courses on Third World politics at the University of Paris I. Returning to Mali in 1986, he became a The former University lecturer who taught politics in developing countries, returned to his native Mali in the late 80s, where he put his theory into practice launching his political career. IBK, as he is commonly known, successfully navigated the scene rising through the ranks as he occupied various important positions and rubbed elbows with powerful names in Malian politics along his ascension.

Upon the founding of the Alliance for Democracy in Mali (ADEMA) in 1991, Keïta became its Secretary for African and International Relations. He was soon named by the then-president Konaré as his senior diplomatic adviser and spokesman in 1992 and appointed as Ambassador to Côte d'Ivoire, Gabon, Burkina Faso and Niger later that same year.

IBK eventually landed the role of Minister of External Affairs in 1993 and was appointed as Prime Minister a year afterwards. A position he maintained until his resignation in the early 2000s following disagreements within the then-ruling ADEMA party.

Soon afterwards in 2001 - and with his political ambitions still intact, Keita then founded his own party, the Rally for Mali (RPM). He led the party since its creation and it was also by way of this political affiliation that he ran for the presidency three times — first in 2002 and a second time in 2007, until his victory into power in 2013 when he was officially sworn in on September 4.

Following his win against his opponent — which was official in the second round of voting, Keita vowed to place importance on ability rather than political considerations when appointing members of parliament.

He maintained his title as the President of the Republic of Mali until a military coup d’état had him officially step down stating that he did not want to see bloodshed to keep him in power. Upon his resignation, he also dissolved parliament.

This came after months of protests from the opposition who aired their frustration with his administration citing political corruption, a non-thriving economy and violence from years-long Islamist insurgency as their reasons.

Keita has one spouse, Aminata Maiga Keita, with whom he has four children. 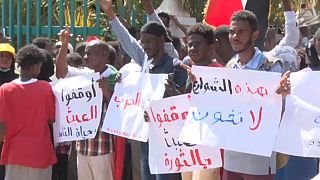 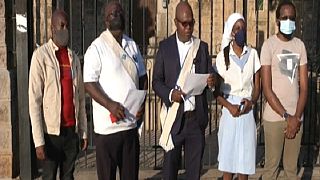