Not acceptable was the response of Namibian President Hage Geingob in rejection of the German government’s proposal during negotiations that began in 2015 to atone for the gravity of the genocide committed against the Herero and Nama people of today’s Namibia between 1904 and 1908 during German colonial rule.

Just under an estimated 200,000 people were imprisoned in concentration camps after an uprising against the colonisers. They were then tortured, experimented upon and consequently almost all murdered — with around only 15,00 left of the ethnic group, during this tragedy now known as the Battle of Waterberg. Heinous crimes that many historians consider to be the first genocide of the twentieth century and the dress rehearsal for the Nazi Holocaust later to come.

No details have been provided on the content of the proposal or modifications expected in its revision and the German government could not be reached immediately to respond to these statements.

Known as German South West Africa from 1884 to 1915 when it was a German colony, Namibia was under the South African protectorate for 75 years before gaining independence in 1990. 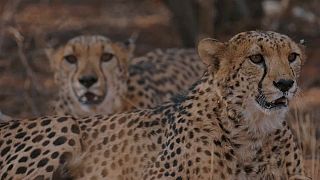 How cheetahs and farmers can live together in Namibia

How cheetahs and farmers can live together in Namibia