Zimbabwe’s MDC spokeswoman, Fadzayi Mahere, and renowned author, Tsitsi Dangarembga, were arrested while protesting against a perceived corrupt government on alleged grounds of disturbing the peace.

Fadzayi Mahere, an advocate for the Movement for Democratic Change Alliance, Zimbabwe's main opposition party, was arrested at a police station in central Harare following anti-government protests. Six other people, including prominent author Tsitsi Dangarembga, were arrested on Friday as hundreds of police officers sought to put a stop to the protests.

Chris Mhike, who is currently serving as Mahere’s attorney, elaborated, "Fadzayi and her colleagues Tsitsi Dangarembga and all the other arrested persons are going to spend the night in cells, in police cells with expectations that they appear before a magistrate in Harare on Saturday morning."

Mhike also claimed that the arrests were made on the grounds of a violation of section 37 of the Criminal Law Codification and Reform Act on allegations that the rally was intended to incite public violence and disturb the peace.

The authorities banned the demonstrations, which were aimed at alleged state corruption and the country's economic stagnation. They coincide with the second anniversary of the disputed election of President Emmerson Mnangagwa.

Protest organisers state that the original intention was to call out perceived government corruption but ultimately resulted in targeting the ruling political party, using the hashtag #ZANUPFmustgo."

At the moment of her arrest in a chic suburb of Harare, Dangarembga, 61 and the award-winning writer of "Neria"— a book made into the screenplay of the highest-grossing film in Zimbabwe history, was carrying posters. This time, her words called for reforms and the release of prominent journalist Hopewell Chin'ono, who was arrested last week as part of a government crackdown.

Dangarembga was loaded into a truck alongside another demonstrator also carrying signs. According to AFP, the truck was crammed with policemen armed with AK-47 rifles and riot gear Shortly afterwards, she tweeted "Arrested!" in Borrowdale. Ope it will be OK." Dangarembga's husband, Olaf Koschke, later confirmed the arrest to AFP.

The author, who was educated in Cambridge, is the only woman writer from Zimbabwe to have won the Commonwealth Writers' Prize. Her arrest came just days after her latest novel, "This Mournable Body," was included in the long list of nominees for the Booker Prize.

Politics in Times of Corona

Tensions are on the rise in Zimbabwe as the economy implodes with inflation over 700% — the second highest in the world. COVID-19 has only exacerbated the situation by leaving the nation’s health system in shambles. 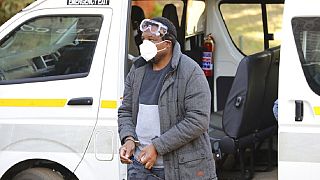 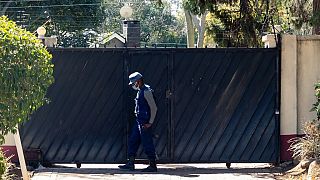 Zimbabwe journalist says he is being persecuted for exposing corruption

Zimbabwe journalist says he is being persecuted for exposing corruption