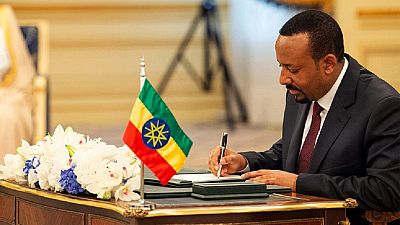 Ethiopia cut internet access in late June following what the government said was a national security measure. The assassination of a prominent musician, Hachalu Hundessa in the capital sparked off a series of violent incidents that led to massive loss of lives and property.

The move was just the latest leg of government’s resort to cutting connection in the face of security related crisis. The official position of government has routinely been dismissed as doing little to cure the malady it sets out to deal with.

A series of condemnations trailed the outage which lasted over 20 days, one of the longest nationwide outages in recent years. The United Nations High Commissioner for Human Rights’ spokesperson in a July 3 statement called for restoration of connectivity.

“The shutting down of Internet services is of particular concern as it disproportionately restricts the enjoyment of the right to freedom of expression, including freedom to seek, receive and impart information and risks further exacerbating tensions.

“We urge the authorities to restore Internet access without further delay,” the statement by Rupert Colville read in part. It took another 11 days for Addis Ababa to partially restore connection before eventually full connectivity returned on July 23.

Beyond the human and press rights angle and the calls for restoration, the ongoing global health context with COVID-19 also came up strongly. Over the period of the blackout, daily release of official virus statistics ceased.

Africanews spoke to two professionals on the impact that the outage had on their work. Zecharias Zelalem, is a journalist who writes for among others the local Addis Standard and South Africa’s The Mail and Guardian.

Whiles sharing perspectives with us on the impact of COVID-19 reportage was Harun Asefa, a data analyst who run an interactive situation dashboard dedicated to Ethiopia’s virus statistics. 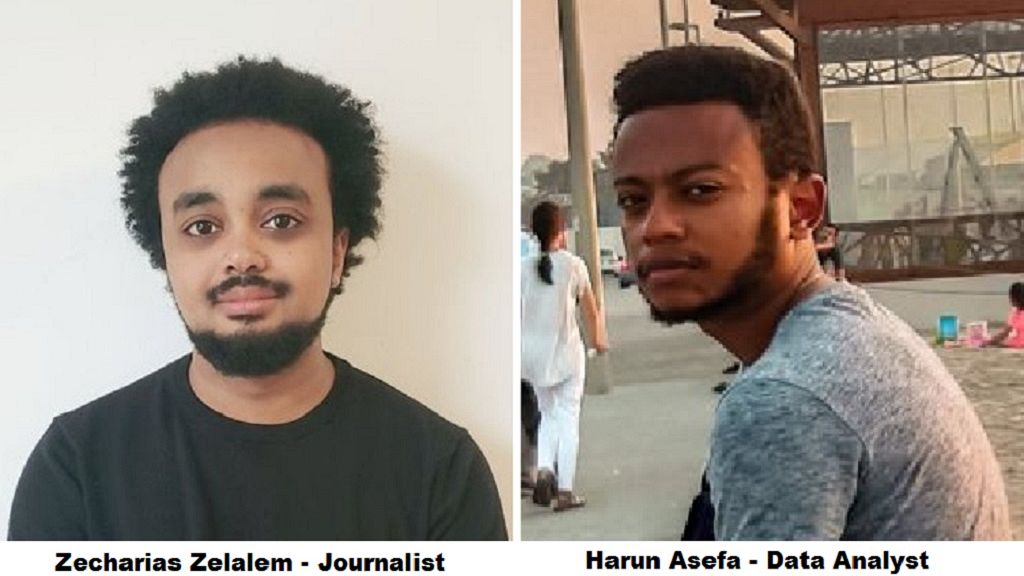 A journalist’s assessment of the internet shutdown route

For Zelalem, the narrative that outages cured incidents of violence was one again defeated. “the shutdown did almost little to quell violence, as hundreds have lost their lives,” he said in an email exchange.

Despite being out of the jurisdiction when the outage was imposed, he stressed a clear impact on his job as a journalist. “… it made it considerably difficult to communicate with people on the ground.

“Encrypted applications like Telegram and Signal are often used by journalists and fixers on the ground to pass information or images to colleagues elsewhere. During the shutdown, only telephone service was available.

“Ethiopia still has only one state run telecommunications provider, meaning that telephone calls can be routinely monitored and tapped. A number of journalists have been arrested in the past two weeks, meaning there was an increased risk faced by those seeking to cover the violence.

Individuals were understandably more hesitant to communicate over open state monitored telephone lines. Although I wasn’t cut off, communication has been spotty, costly and at the risk of being monitored,” he stressed.

He is quick to further stress that the thought of hauling government before the court in public interest litigation suits against the “fairly regular” outages was “for the time being, unrealistic.”

Zelalem further highlights how the Abiy Ahmed – led government also resorted to internet channels to state their side of incidents. For him, the resort to shutting the net represented a failure on the part of the security apparatus.

“Federal and regional security forces are mandated with preventing communal violence. The scourge of violence cannot be stopped by gridlocking the entire country’s telecommunications sector,” he added. 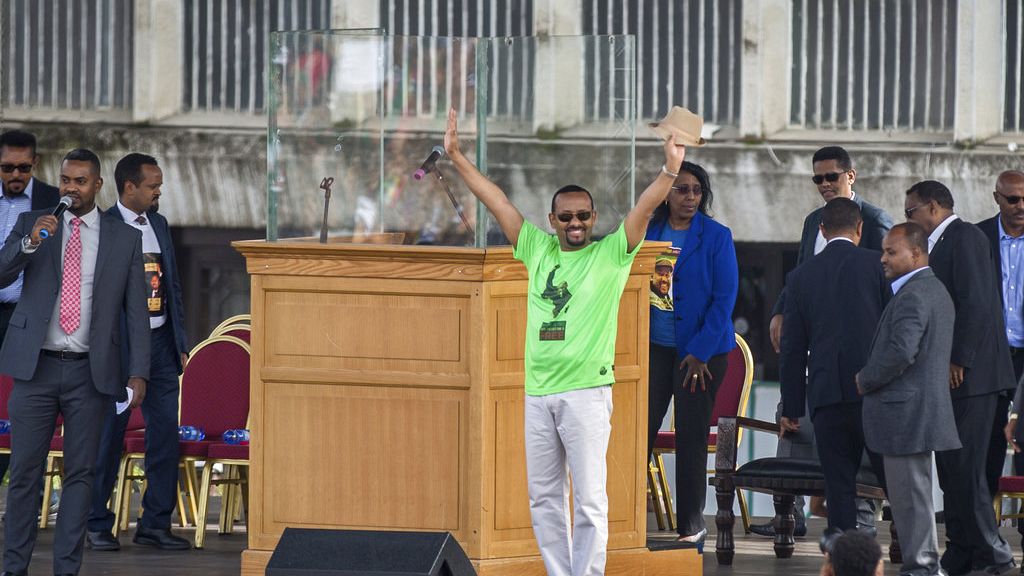 When Ethiopia cut the net on June 29, the official information channels also went blank. From the Federal Health Ministry to the Minister and the Ethiopia Public Health Institute, EPHI; no virus updates were released.

This directly impacted the work that data analyst Harun Asefa had committed to doing for months since the country recorded the index case. His google-enabled dashboard has been crucial for lost of locals and visitors from overseas.

“The internet blackout… impacted my updates significantly. Basically access to internet was completely shut off for everyone with a exception of banks and very few international organizations like UN, AU,.. and hence I wasn’t able to get internet access to update the daily figures on my dashboard.

“Not only that, the only source of daily COVID19 stats was the news on TV and radio and more often, they didn’t give out the whole information so it was extremely difficult to keep track of the numbers from that.

Asked about whether he got a backlog of missed information, he answered in the negative. “I was able to get very limited missed information but generally nobody has taken the initiative to release the information that didn’t go out to the public in those 23 days.

“Not only that, the authorities also stopped releasing detailed statements of daily COVID-19 updates. Previously both the federal and regional health authorities issues a detailed update which included stats like gender aggregation, source of infection, etc.. including key indicators like number of cases, deaths, recoveries and tests.

“But after the restoration, the information is put out only by the Federal health authorities and it only includes the general figures for tests, cases, deaths and recoveries which in turn affects the input for my COVID dashboard,” he added in an email exchange.

Incidentally, the two professionals have slightly different views on whether the outage could be justified under any circumstances.

“Perhaps what makes the latest outages different from previous instances, is that it had the backing of a larger section of Ethiopian society, due to the belief that the spread of inciting, inflammatory messages on social media were fueling communal violence,” Zelalem said.

For his part, Asefa explains the issue of propriety and proportionality: “For me, in this day and age where society is greatly dependent on access to internet for day to day activities, it is extremely hard to justify internet blackouts. However, in this specific scenario, I believe the blackout has actually done more good than harm.”

He adds his views on the subject of keeping out inciting content and fake news: “It does (prevent borth) when it is consistent with the norms of necessity and proportionality. But the questions we should be asking are is it the only way? And at what cost?

“Obviously, this is a tricky subject and I feel like it is dependent on the situation at hand but I believe total blackouts should be the very last resort in the arsenal of government’s combat against fake news and inciting content.”

This is an interactive #Dashboard that tracks the spread of #covid19 in #Ethiopia. All of the data in the #Dashboard is retrieved from public sources and isn't affiliated with any govt entity #COVID19Ethiopia #covid19 FMoHealth lia_tadesse

Over $100m: the economic cost of outage

The economic loss which has routinely been reported by net rights groups was awaited. The latest shutdown cost the country in excess of $100 million according to NetBlocks, which reported on the incident from when the switch went off till it came back on.

“Beyond the impact on fundamental rights, each day of an internet shutdown in Ethiopia runs up a bill in excess of $4.5 million, in terms of the economic impact to the GDP according to the Cost of Shutdown Tool (Cost),” it said.

“The Cost, incorporating the Collaboration on International ICT Policy for East and Southern Africa (CIPESA’s) economic model, indicates direct and indirect losses are divided evenly, with approximately $50 million in the net direct impact and the remainder representing indirect losses.”

Economic impacts of blackouts are calculated using the Cost, which was developed by internet access advocacy groups, the Internet Society and Netblocks.

The tool combines telecom industry and development indicators to assess the impact of internet disruptions on digital prosperity.

PM Abiy’s spokeswoman, Billene Seyoum, in an interview with the BBC explained why the government cut connectivity stressing the point about protecting human security. 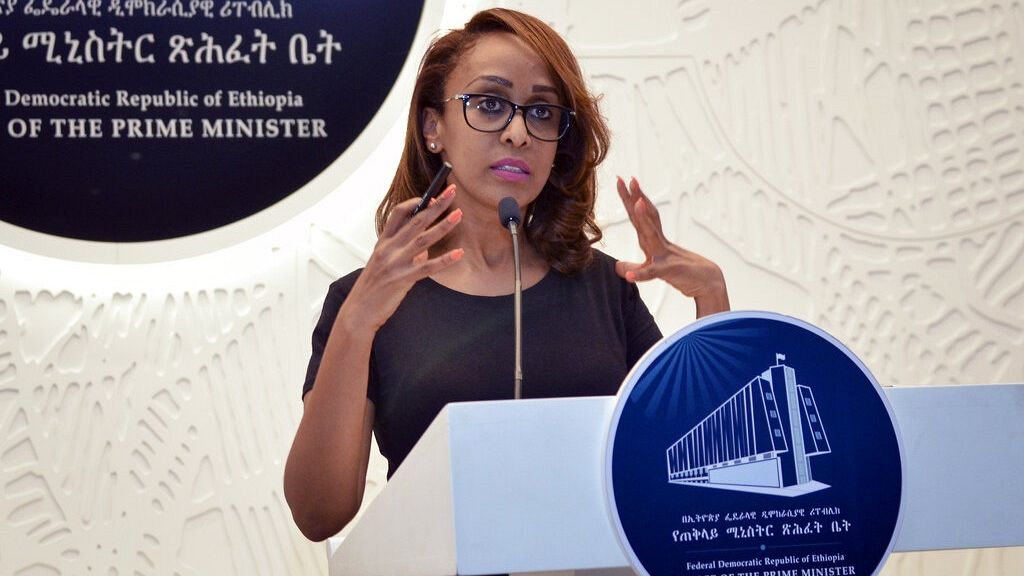 “The respect of fundamental rights and dignity of citizens also primarily include the right to live free from harm and in dignity regardless of religion, ethnicity and other protected categories.

“And if the internet is being used by certain forces to spread hate speech and vitriol, that is perpetuating and initiating ethnic, religious and communal violence, then ensuring human security supersedes.

“So it is not a blanket (just) shut off to disconnect people but it is also guaranteeing that people who want to live in peace and people’s rights to prosperity needs to be protected and guaranteed and that is what the federal government is here to do.”