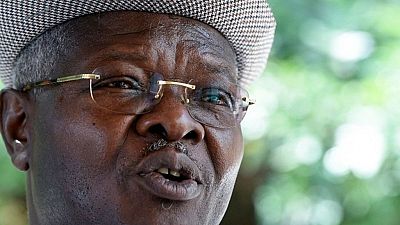 A Togolese court has issued an international arrest warrant for opposition figure Agbéyomé Kodjo, who came second in the February presidential election won by president Faure Gnassingbé, and who now lives in “hiding in Togo”, according to one of his lawyers on Thursday.

“An international arrest warrant has been issued against Kodjo Agbéyomé. We learned it yesterday from the investigating judge,” his main lawyer, Darius Kokou Atsoo, said on a private radio station.

“This is yet another act of persecution against Mr. Kodjo, which in no way weakens our determination to bring the legal truth to light in this case,” he stressed.

An international arrest warrant has been issued against Kodjo Agbéyomé. We learned it yesterday from the investigating judge.

The former prime minister from 2000-2002, Kodjo had refused to appear in court on 10 July, saying in a statement posted on social networks that he “feared for his life”.

Togo’s public prosecutor, Essolissam Poyodi, confirmed to AFP that an “international arrest warrant” had been issued for the opposition figure since that date.

He has not been found since then, but in a message sent to AFP he said he had remained in Togo “in hiding” because his life “is in danger”.

He has been placed under judicial supervision since 24 April, after spending four days in the national gendarmerie, and the senior investigating judge had forbidden him to leave Togo without permission.

Mr. Kodjo, a candidate of the Patriotic Movement for Democracy and Development (MPDD), obtained 19.46% of the vote on 22 February, compared with 70.78% for Faure Gnassingbé, according to official results, which he contests.

His parliamentary immunity was lifted in March, at the request of the Lomé public prosecutor’s office, for having “self-proclaimed” himself President of the Republic.

He also presented himself as the “alleged Head of State and Supreme Chief of the Armed Forces”, calling on the nation and the armed forces to mobilise against the government, for words and actions that “are qualified as aggravated disturbances of public order (…) and as undermining the internal security of the State”, according to the prosecutor.

At the end of June, the MPDD also called for the release of 16 of its activists who had been in prison since 21 April and were sentenced to four months in prison for “flagrante delicto, rebellion and complicity in rebellion”.

Mr. Gnassingbé came to power in 2005 after the death of his father, General Gnassingbé Eyadéma, who had himself ruled Togo with an iron fist for 38 years.