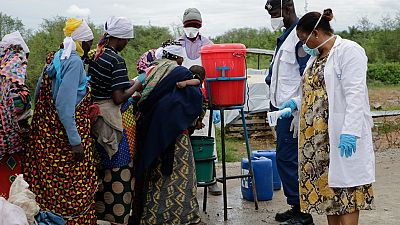 The visit comes as the new president has signaled that his government will take the coronavirus pandemic more seriously than his dead predecessor.

He said the screenings will be launched wherever clusters of cases are suspected, and that soap prices and water bills will be reduced.

His government had been criticized not taking the pandemic seriously.

It kicked out the World Health Organization’s country director, and allowed large campaign rallies ahead of the presidential election in May.

It also expressed the belief that divine protection would largely suffice for protection.

Burundi has 191 confirmed cases of the virus.

Health workers in Burundi have warned that the coronavirus is more serious there than the government admits, Human Rights Watch said last week.