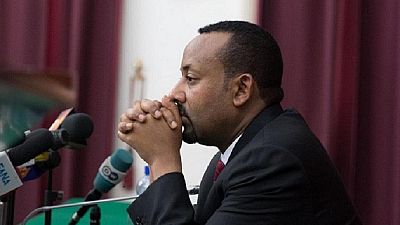 Ethiopian police over the weekend were patrolling the country’s troubled Oromia region and the capital, Addis Ababa, following a week of unrest in which 166 people were killed and more than 2,000 arrested, after a popular singer was shot dead.

In Oromia, 145 civilians and 11 members of security forces were killed, Girma Gelam, deputy police commissioner in the region, told the state-affiliated Fana Broadcasting Corporate. Another 10 people were killed in the capital, eight of them civilians.

The internet was cut last week to try to dampen the protests and made it difficult for rights monitors to track the scores of killings.

More than 2,280 people were arrested in Oromia and Addis Ababa, said police. Arrests included that of a well-known Oromo activist, Jawar Mohammed, and more than 30 supporters. It is not clear what charges they might face. The Oromo make up Ethiopia’s largest ethnic group but had never held the country’s top political post until Prime Minister Abiy Ahmed came to power in 2018.

The arrest of opposition figures “could make a volatile situation even worse,” Human Rights Watch has said.

The unrest erupted after popular singer Hachalu Hundessa was killed. He had been a prominent voice in anti-government protests that led to Abiy coming to power. The singer was buried Thursday in a ceremony shown on national television.

The new disturbances amount to the prime minister’s greatest domestic test since he took office, say analysts. He was awarded the Nobel Peace Prize last year for dramatic reforms, including welcoming home once-banned exile groups. However, Abiy’s steps to open political space have been used by some Ethiopians to air ethnic and other grievances. At times it has led to deadly violence, and human rights groups have accused security forces of abuses.

Speaking about the week of unrest, Abiy said he had recently extended an offer of peace to dissidents, but they have “taken up arms” in revolt against the government in a week.

Those who participate “in the destruction of the nation cannot be considered guardians of the nation,” Abiy said on Friday.

“It’s a moment when people need to pause and de-escalate,” said Murithi Mutiga, project director for the Horn of Africa with the International Crisis Group. He cited a series of challenges in Ethiopia including an armed insurgency in parts of the country and tension over the timing of the next election. The government recently delayed the vote, citing the coronavirus pandemic.

“This is not the first but one in a long line of grave provocations by an actor not yet identified,” Mutiga said, adding that the “wiser course of action is to strive to create an atmosphere of reconciliation and dialogue.”

The past week appears to be the most serious challenge yet to Ethiopia’s transition to multifaceted democracy, Mutiga said. “Thankfully, the situation seems to have calmed down in Addis and parts of Oromia but the scale of the violence, the degree of grievance witnessed on the streets and the danger of instability was quite high.”

Ethiopia’s prime minister says “several people” have been killed in unrest that followed the killing of a popular singer this week. Some reports say over 50 people were killed. Three bombs exploded in the capital Tuesday, police said. It was not clear whether anyone was killed.

Angry protests were reported Tuesday in the capital, Addis Ababa, after Hachalu Hundessa was shot dead on Monday. He had been a prominent voice in anti-government protests that led to a change in leadership in 2018, with Prime Minister Abiy Ahmed taking office.

The killing was a “tragedy,” Abiy said Tuesday, vowing that the perpetrators would be brought to justice and declaring that “our enemies will not succeed.”

“Our enemies think they can easily disintegrate us; however we will use this incident to unify the country and to ensure our plans for peace and security of the country continue. The government will step up its works to realize the peace and stability and sovereignty of the country,” he added.

Internet service has been cut again in Ethiopia, where tensions continue after the government delayed this year’s national election, citing the coronavirus pandemic. The singer Hachalu is set to be buried Thursday in his hometown in the Oromia region.

A well-known Oromo activist, Jawar Mohammed, was among 35 people arrested during the latest unrest. There was no immediate sign of protests in Addis Ababa on Wednesday and roads were empty.

The arrest of prominent Ethiopian pro-democracy activist Jawar Mohammed has been confirmed by multiple sources from the country. His media outfit, Oromia Media Network, OMN, has also been shut down by authorities.

The arrest comes in the wake of mass protests against the shooting and killing on Monday night of a famed Oromo musician and activist in Addis Ababa.

Hachalu Hundessa, was celebrated as a symbol for the Oromo people – Ethiopia’s most populous ethnic group. His songs spoke out about their political and economic marginalisation and became a rallying point for activists in their fight against Ethiopian regimes.

The musician had also been imprisoned for five years when he was 17 for taking part in protests, an analysis on the BBC Africa LIVE page added.

Jawar was reportedly arrested along with Bekele Gerba, a veteran opposition activist. The duo were arrested at the Oromo Cultural Center in Addis Ababa, where they were attending the funeral of Hachalu.

OMN reported on Tuesday morning via its Facebook page that their offices had been raided by federal security agents who ‘arrested’ employees. They also said the OMN offices in Addis Ababa was under control of the state.

The latest incident is the second major face off between Jawar and state security agents. In October 2019, Jawar – now a member of the Oromo Federalist Congress, OFC; was shielded by supporters after he announced that the state wanted to arrest him.

Jawar’s supporters demonstrated against Abiy after Jawar said police had surrounded his home and tried to withdraw his government security detail. Protests in the capital and other cities resulted in 16 deaths and dozens of wounded.

“The majority of people believe the transition is off track and we are backsliding towards an authoritarian system,” Jawar said, sitting in his heavily guarded Addis Ababa home-office at the time.

In December 2019, Jawar joined the Oromo Federalist Congress, OFC, led by veteran politician Merera Gudina. The OFC has joined a bloc of other opposition parties in the Oromia Regional State. The state is Ethiopia’s largest and most populous.

It is also the home region of Prime Minister Abiy Ahmed. Abiy and Jawar fell out last year after the PM told parliament of media personalities who were fomenting unrest with their outlets, Jawar said the claims were an attack on him.

Now that is pouring petrol on fire.

Wow! The arrest of Jawar_Mohammed will definitely ignite more anger among the Oromo people. It seems the Ethiopian government is unraveling & trying to control flow of information by shutting down opposition media networks & the internet. Could the military intervene? #Ethiopia https://t.co/Oj64QhOQiC

Police and state authorities should deescalate as much as possible to control this situation. Let people express their anger, heartbreak, mourn their icon, and grieve. Arrests and knee-jerk reactions are only going to lead to more protests and devastation. #HaacaaluuHundeessaa pic.twitter.com/19Ahz0VeAR

Obbo Berkele Gerba, a prominent Oromo politician, was arrested alongside Jawar Mohamed. This is a man who’s been through a lot at the hands of Ethiopian state apparatus for much of the last decade.