The mysterious deaths of several hundred elephants in northern Botswana within a short period of time is raising deep concerns.

Question over these deaths remain unanswered several days after the publication of a report by the NGO Elephants Without Borders and its confirmation by Director of National Parks and Wildlife.

At least 275, carcasses have been found while the NGO reports a figure of 356 elephants.

Something is happening and action is clearly needed.

“At this stage, it’s difficult to really tell what could be the cause of the mortality. We have eliminated from the local laboratories, the possibility that anthrax is the cause of death. But there are still a lot of infectious diseases and potentially other toxins that are being still investigated by the laboratory samples that have been collected”, Mmadi Reuben, Principal veterinarian of the Botswana Department of Wildlife and National parks said.

Carcass samples are currently being analyzed in three laboratories in Zimbabwe, South Africa and Canada, the Botswana Ministry of Environment said. But more needs to be done quickly.

“The reports were coming in two or three months ago when this first started. So, something is happening and action is clearly needed’‘, Conservation biologist, Keith Lindsay said.

At the end of May, Botswana’s Ministry of Tourism had already indicated that it was investigating the mysterious deaths of about ten elephants in the same area.

Elephants Without Borders estimates that 70% of the deaths are about a month old, while the remaining 30% appear to be more recent, between a day and two weeks old. 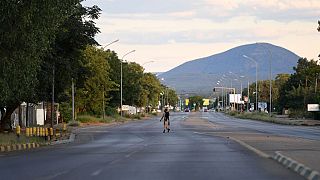