Linda Thomas-Greenfield sworn in as US envoy to United Nations 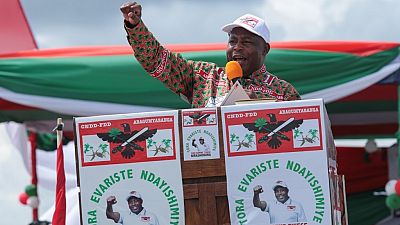 Women make up over thirty percent of Burundi’s new cabinet according to a government release issued over the weekend.

The women in Ndayishimiye’s cabinet

A former police chief Gervais Ndirakobuca – now minister for interior and security – and PM Bunyoni are currently under US and EU sanctions for their roles in repression and rights violations in 2015.

The task ahead of the cabinet includes turning around the country’s economy, security and resetting Burundi’s relations with its neighbours and in the East Africa region at large.

Another significant appointment is the Foreign Affairs post which was handed to the country’s top diplomat to the UN Albert Shingiro.