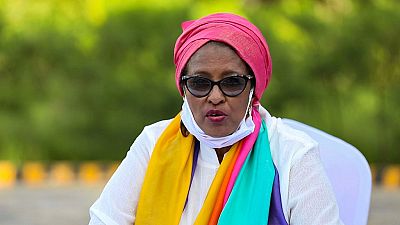 Somalia joins the league of country’s that cannot hold elections – not because of the coronavirus as in the case of Ethiopia but because of preparatory challenges, the elections chief has disclosed.

According to National Independent Electoral Commission head, Halima Ismail Ibrahim, the NIEC has ruled out holding elections which were scheduled to hold on November 27.

She told lawmakers that the earliest an election could hold in the country was in March 2021. In her address to the lower house of parliament, she presented two options – an election based on biometric registration which would be possible in August 2021 or a manual-based registration that can be held in March 2021.

The issue of upcoming elections has been a big issue in the Horn of Africa country with incumbent Mohammed Abdullahi Farmaajo certain to seek re-election. A united opposition front, involving two former presidents, is also lacing its boots to challenge him.

The last poll was in February 2017 when after months of delays, some 275 MPs and 54 senators met in a fortified airport in the capital Mogadishu to choose between then incumbent Hassan Sheikh Mohamud for a second term, or one of his 21 other rivals.

After three rounds of voting, incumbent Abdullahi Farmaajo emerged winner in an electioneering process marred with corruption and vote-buying. Mogadishu was on security lockdown for the vote after an increase in al-Shabaab attacks in lead-up the vote.

The hangar at the Mogadishu International airport was thought to be the safest place to hold the event. The government dropped an initial plan to give each adult a vote owing to challenges in securing national polling stations. Instead, about 14,000 clan elders and regional figures chose the 329 lawmakers who in turn voted for the president.

Meanwhile, the parliament has also approved a move that gives the capital 13 seats in the house. The capital falls under the Banadir region in the regional administrative structure of the government.

BREAKING: Lower House of parliament votes overwhelmingly 13 seats for #Mogadishu in the Upper House of the parliament. 142 MPs voted in favour out of 146 MPs present in the house, while 4 objected. Last week 130 MPs opposed 7 seats suggested by the parliamentary ad-hoc committee. pic.twitter.com/FsmWmVWu0g