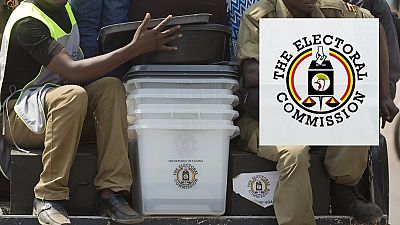 Ugandans are engaged in heated debates over the merits, possibilities and effectiveness of participating in what is being popularly referred to as a ‘scientific election’.

The East African country is scheduled to hold presidential, parliamentary and local government elections next year.

The electoral commission last week told the nation to prepare for an unusual election where campaigning will be done digitally, as the destabilizing effects of the coronavirus continue.

Uganda which currently has over 700 confirmed cases of the coronavirus has been slowly easing restrictions and emphasizing measures of social distancing for all activities in the country.

The commission says it is bound by Article 61 (2) of Uganda’s constitution which tasks it to organize elections within 120 days before the expiry of the term of president, parliament or local government.

In conducting a scientific election, the commission hopes to exercise its duty to facilitate Ugandans’ right to choose their leaders in a healthy and safe environment.

How it will be conducted

Aspirants at all levels will only be able to conduct campaigns electronically via television, radio and social media, since open-air public rallies have been banned.

“This is because electoral activities involve public gatherings and hence pose high COVID-19 risk of person-to-person and object-to-person transmissions,” the commission explained in a statement.

The three months of a lockdown imposed since March across the country also means that some activities will have to be accomplished in a much shorter time.

With hardly six months to the elections scheduled to be held between January and February next year, political parties are yet to nominate flag-bearers for the different offices that will be contested.

Voting itself is to be conducted normally, with president Yoweri Museveni telling the nation on Monday that government can effectively ensure social distancing and other precautionary measures at polling stations.

“… the gathering for the elections themselves, can be safely managed with hand-washing, social-distancing or leaving gaps of the necessary metres between voters in line,” Museveni said.

“This would remove the uncertainty that would be created by the postponement of the elections but also ensure that elections are held safely. I call upon Ugandans to support this option.”

Key stakeholders in the electoral process including leaders of political parties and the voters themselves have shared mixed reactions to the electoral commission’s proposal.

While the ruling National Resistance Movement (NRM) has welcomed the proposal and says it will adjust its programme accordingly, many in the opposition say the commission is playing into the hands of incumbent Museveni and other powerful NRM politicians.

The opposition politicians accuse the electoral commission of not consulting them as it drafted the revised election roadmap. According to the popular legislator and presidential hopeful Bobi Wine, the scientific election cannot deliver a free and fair election.

“What we are going for are elections provided for within the law. We shall hold public rallies, talk to the people and move from district to another because there is no reason whatsoever for us to hold scientific elections,” Bobi Wine told journalists on Monday.

“An election is about getting people to interact with voters and also ensuring the voters have every opportunity to make an informed decision. This proposal by the EC about scientific elections undermines everything about free and fair elections,” Democratic Party president general Norbert Mao said.

“President Museveni destroyed all safeguards for peace and crippled institutions and now he has brought this kind of campaign method. His stolen term ends May 2021; Uganda continues,” opposition veteran Kizza Besigye said.

Many Ugandans have used different platforms including social media to express their skepticism on the effectiveness of using electronic means to campaign.

The US with over a million cases is holding Rallies but Uganda with just 800 cases mbu scientific election,????? Naye Mzeeei otufuzze bubiii nyo

Opposing scientific elections while at the same time expecting the electoral commission as it is to organize and deliver a free and fair election is a waste of time. An election being unscientific doesn't mean it will be free and fair. Save your energy for more important things.

I really doesn't know what is scientific election? who brought that proposal without parliament?who is electoral comision ? which power does he has in these country minus consulting parliament? Ugandans stay warn for accepting system which is not in law of Uganda

The move by the electoral commission is already facing legal challenges including one from a journalist and pastor, Joseph Kabuleta.

The Presidential, Parliamentary and LC Elections Act do not allow for 'scientific' elections. For the EC to consult with Museveni then seek to dictate to other candidates is mockery of an election process. Candidate M7 has to be equal to all other candidates.
We off to court. pic.twitter.com/jp7tkhgOBY

“I have already instructed my lawyer to take the Electoral Commission to court. We shall defy, we shall go ahead with the normal way of campaign by carrying out our rallies but putting into consideration the guidelines put in place by the Ministry of Health,” Elton Joseph Mabirizi, an aspirant in the 2016 presidential election said.

The fact that many radio stations across the country are owned by politicians who will be vying for office has also led many to question the viability of fair play during campaigns.

“Uganda is one of the most connected countries in Africa. We currently have about 309 radio stations and 36 television stations. Currently, about 90% of the country’s population have access to radio and 70% have access to television,” Uganda’s ICT and National Guidance minister, Judith Nabakooba recently said.

Other Covid elections in Africa

Malawi and Burundi are some of the African countries that have held elections during the ongoing Coronavirus pandemic. Ethiopia has postponed its election and other countries that had lined up elections for this year include Niger, Ivory Coast, Ghana and Tanzania.