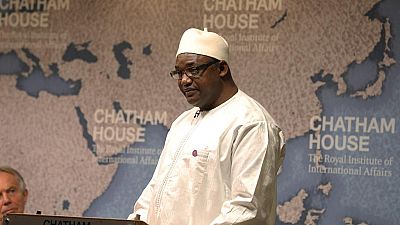 The Gambia said on Tuesday that it would neither decriminalise homosexuality nor review its laws, following weeks of controversy over the issue in the tiny West African state.

In a statement, the government denied widely circulated rumours of plans to soften homosexuality laws in exchange for aid funds.

Homosexuality cannot be decriminalised in this country ... No matter what.

He said the government continues to be guided by “the norms of its people” and “has no plans to either decriminalise or even entertain a review of laws on homosexuality”.

Homosexual activity is illegal in The Gambia, where a conviction can carry a hefty prison sentence.

Tuesday’s statement follows weeks of pressure on the government to respond to apparently pro-gay social media posts from the European Union’s delegation in the Muslim-majority nation.

On May 17 – the international day against homophobia, transphobia and biphobia – the EU delegation in The Gambia uploaded posts urging that gay people not be excluded from society.

But this spurred speculation that the EU would seek to tie aid funds to protecting LGBT rights, prompting uproar from religious leaders and opposition politicians.

In a televised statement on Sunday, Ousainu Darboe, an ex-foreign minister who is also the leader of the United Democratic Party, spoke out against decriminalisation.

“Homosexuality cannot be decriminalised in this country … No matter what” he said.

Gay people were heavily persecuted under The Gambia’s former dictator, Yahya Jammeh, who fled in January 2017 after losing a presidential election to relative newcomer Adama Barrow.

Talks over revising The Gambia’s constitution, held under Barrow, have also sparked discussion about gay rights in the former British colony of some two million people.