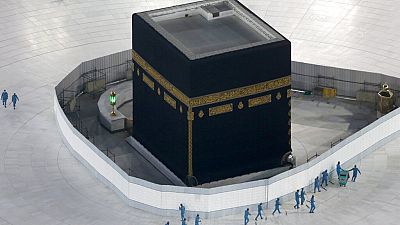 The 2020 edition of the annual Islamic pilgrimage, Hajj, will be restricted to only persons already living in the Kingdom of Saudi Arabia.

The decision was communicated in a June 22 statement issued by the Ministry of Hajj and Umrah. The statement said the decision is in line with Saudi’s own public health considerations and the evolution of the virus spread across the world.

Given local and international public health considerations: “it has been decided that Hajj for this year (1441 H/ 2020 AD) will be held whereby a very limited number of pilgrims from various nationalities who already reside in Saudi Arabia, would be able to perform it.

“This decision is taken to ensure Hajj is performed in a safe manner from a public health perspective while observing all preventative measures and the necessary social distancing protocols to protect human beings from the risks associated with this pandemic and in accordance with the teachings of Islam in preserving the lives of human beings,” the statement added.

The Hajj, one of the world’s largest religious gatherings, is one of Islam’s five pillars. It consists of a series of religious rites which are completed over five days in Islam’s holiest city and its surroundings in western Saudi Arabia.

The main procedures take place in the 12th month of the Islamic calendar, Dhul Hijjah; but prospective pilgrims from around the world begin arriving in the country long before to acclimatise and undertake some optional routines before the pilgrimage proper kicks off.

Today June 23 is the second day of the 11th month Dhul Qaddah, when the country would have been preparing to receive millions of pilgrims. In 2019, Saudi reported receiving close to two million pilgrims.

Pilgrims mostly arrive by air but others by land and sea ports. The local pilgrim numbers were about 700,000, authorities further disclosed putting the total figure at around 2.5 million pilgrims. Africa has perennially sent hundreds of thousands of pilgrims.

Last year, pilgrims from the Democratic Republic of Congo, DRC, were banned over public health reasons. The country was at the time battling an Ebola crisis which jeopardized the plans of some 410 prospective pilgrims.

During Ramadan, the two Holy Sites in Makkah and Madinah were partially closed as only a limited number of adherents were allowed to offer prayers in the facilities – usually the cleaners and the Imams – all the time while observing strict physical distancing routines.

“The government of the Custodian of the Two Holy Mosques is honored to serve millions of Hajj and Umrah pilgrims annually and it confirms that this decision stems from the top priority it accords maintaining the safety of pilgrims on its land until they depart to their home countries.

“We ask Allah the Almighty to protect all countries from this pandemic and keep all humans protected and safe,” the statement concluded.