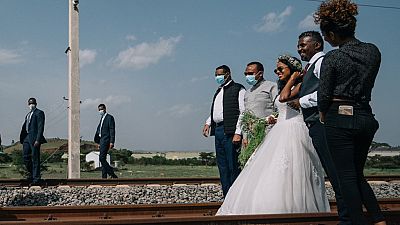 Rail tracks, a set of photographers, a wedding couple, a Prime Minister and a visiting dignitary. This is how Ethiopian Prime Minister gate crashed a wedding photo session whiles on official duty.

A visibly shocked couple seeing PM Abiy Ahmed walk up to them, a masked PM along with his masked visitor with security protocol stationed at vantage points – all masked.

The PM’s guest is Lieutenant-General Mohamed Hamdan Daglo, Deputy Chairman of the Sudanese Sovereign Council, who arrived in Addis Ababa earlier this week and has been visiting a number of places in Ethiopia.

So Abiy and Daglo pose with the couple as their keen photo and videographers click their buttons, with high speed; and why not, there are stationed on rail tracks with a high tension poles just nearby.

The Prime Minister’s official photographer, Aron Simeneh who shared the photos on his twitter handle said Abiy was on a drive with the visitor when he “stopped by to say congratulations to a newlywed on a photo shoot.” The incident happened on Thursday June 18, 2020. 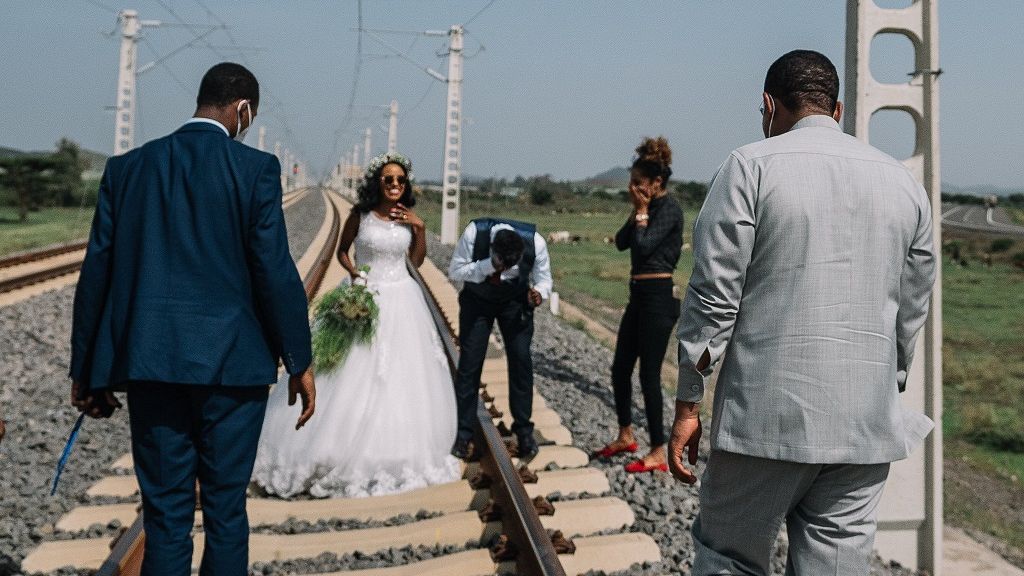 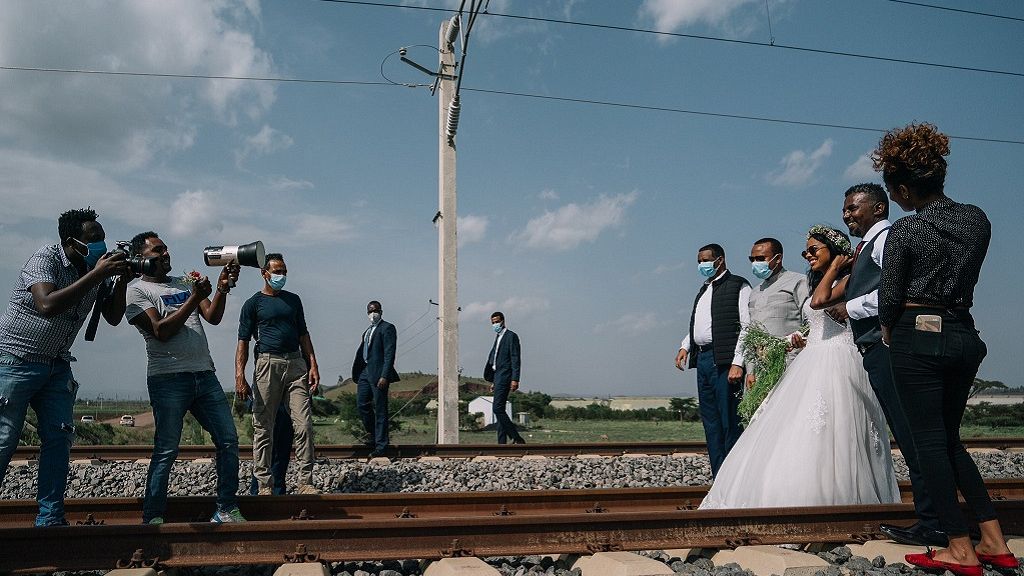 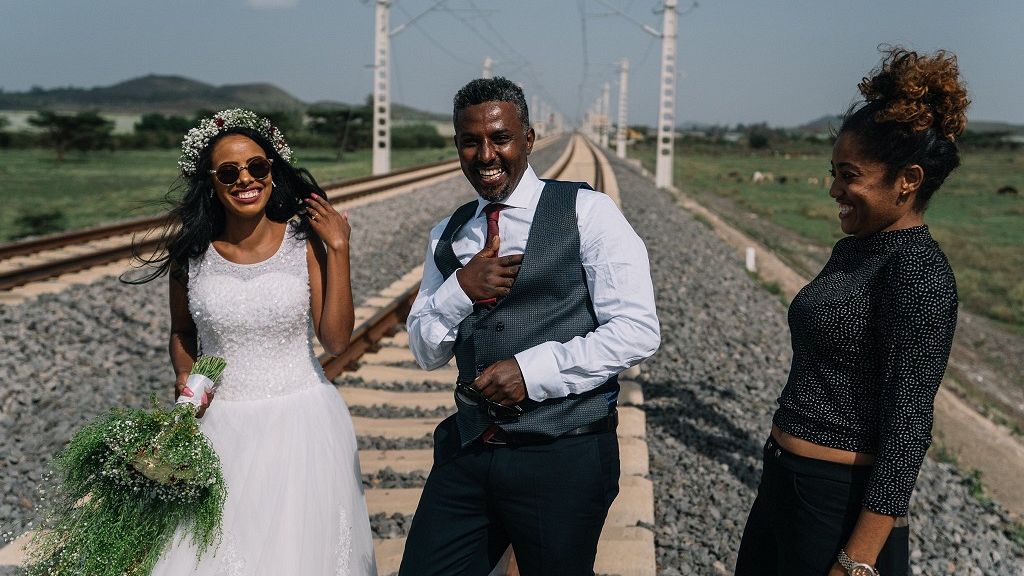 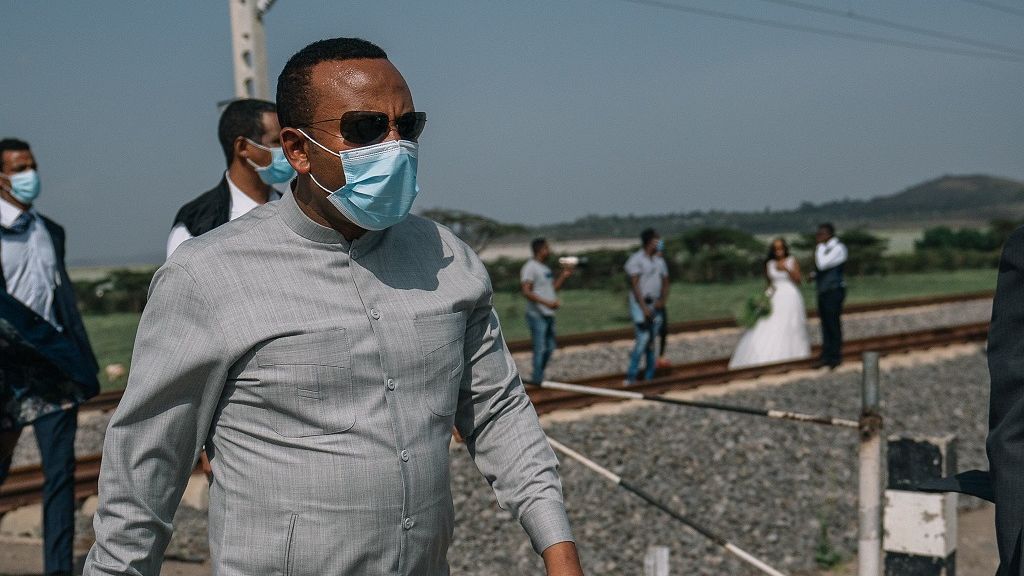 All photos courtesy of @aronsimeneh

PM Abiy is not alien to doing ordinary stuff that the normal African president or Prime Minister would not. From chauffeuring visitors and in the case of the Eritrean president his host around Asmara.

Engaging rioting soldiers in a press-up contest before directing them to redirect their concerns to the right quarters and driving himself around the capital and personally driving a tanker around town watering plants grown under the Green Legacy project.