We begin with what is the latest wave of violence in some troubled parts of Mali. Dozens of troops have either been killed or gone missing after attackers ambushed their convoy in central Mali on Sunday. According to reports citing military sources about a dozen vehicles came under attack at Bouka Were, some 100km from the Mauritanian border.

Some of the vehicles were able to extricate themselves from the ambush, but of the 64 troops who had been in the convoy, only about 20 were present at a roll call. The precise number of dead is still unknown.

Meanwhile in a separate incident in the northwest region on Sunday, the United Nations said gunmen killed two of its peacekeeping force. One too many incidents you’d say. But here’s what’s going on. In recent years, Mali has been facing a serious security situation.

What began as a localised revolt in the country’s north in 2012 soon spread to the centre of the country and then to neighbouring Niger and Burkina Faso. On the programme we try to see how the country is dealing with the crisis and we ask, is Mali heading out the crisis or sinking further into it? 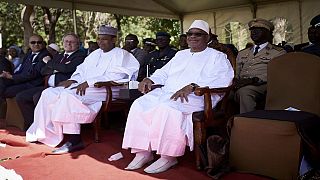