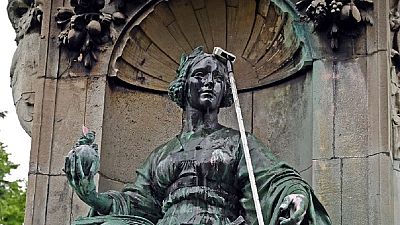 In several parts of the world statues and monuments of controversial personalities in history are being toppled in response to growing calls to end systemic racism and discrimination.

In a downtown Nairobi park, an empty plinth marks the spot where Britain’s Queen Victoria was once memorialized. The statue was torn down and beheaded by vandals five years ago.

One local resident said colonial statues should be taken down “all over the world,” due to the painful memories they evoke.

Samuel Obiero avers that such monuments evoke suffering: “We do not want every time to be reminded of the kind of slavery, colonialism – and all that kind of attachment with this kind of mistreatment. We did suffer a lot at the hands of colonialists.”

To date, the perpetrators have yet to been identified as the statue sits headless in the park’s bushes. Meanwhile, statues with racist connections continue to be targeted by protesters around the world.