US charges ex-Jammeh bodyguard over torture of 2006 coup plotters 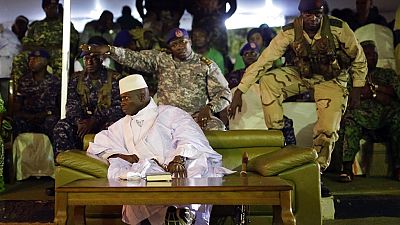 A Gambian man has been indicted in Colorado on federal charges that he tortured planners of a failed 2006 presidential coup when he was a member of a special armed unit that reported directly to the dictator of the African nation, prosecutors said Thursday.

Michael Sang Correa, 41, was charged under a U.S. law that’s been used only twice before allowing non-citizens who are suspected of committing torture in other countries to be prosecuted, U.S. Attorney Jason Dunn of Colorado said.

Correa made an initial court appearance on seven criminal charges: one count of conspiracy to commit torture and six counts of inflicting torture on specific individuals.

Correa had been living in Denver and working as a day laborer since sometime after 2016, prosecutors said. He has been held in an immigration detention facility outside Denver since last year.

He was represented at his initial hearing by an attorney with the federal public defender’s office, which does not comment on cases. An email request for comment sent to the Gambian embassy after hours was not immediately returned.

Prosecutors allege Correa was a member of an armed unit that physically and mentally tortured people who were suspected of plotting a failed coup against former president Yahya Jammeh. Correa is accused of being part of that conspiracy and torturing six people.

Correa and his alleged co-conspirators allegedly beat the detainees using their feet, pipes and wires, sometimes covering their heads with plastic bags, and also administering electric shocks to their bodies, including their genitals.

Correa’s unit, known as the Junglers, was made up of people who had been chosen from the Gambian armed forces, but reported directly to Jammeh and operated outside of the military’s chain of command.

Jammeh was a 22-year dictator of The Gambia, a country surrounded by Senegal except for a small Atlantic coastline, and was accused of ordering opponents tortured, jailed and killed. He lost a presidential election and went into exile in Equatorial Guinea in 2017 after initially refusing to step down.

Correa came to the United States to serve as a bodyguard for Jammeh in December 2016 but remained in the U.S. after Jammeh was ousted and overstayed his visa, Dunn said.