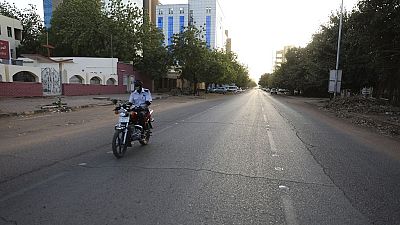 Protest power: Sitting in to see off Bashir

A year ago around this time – with days to end of Ramadan – Sudanese were in the streets of Khartoum and other parts of the country.

Reason, the country was struggling to negotiate a political transition between a military council and pro-democracy civilian activists.

A dogged sit-in in a key area of the capital Khartoum was one of the major push factors that forced the military to oust embattled long-serving leader Omar Al-Bashir months earlier. A lot has gone on since then, with a power-sharing deal reached and new Prime Minister steering affairs.

A year on, Sudanese in Khartoum are spending a Ramadan away from the streets because of a coronavirus lockdown. The measure has been extended for a further two weeks which effectively means Eid celebrations expected at the weekend will be largely muted in the Muslim-majority nation.

A government committee for health emergencies recommended the extension ahead of Eid al-Fitr festivities, celebrations that mark the end of Ramadan.

A local radio outlet reports that the committee expressed fears that without a lockdown in place there would be overcrowding and likely infection spike as a result of the celebrations.

The committee’s deputy chairman and member of the sovereign council Siddig Tawir said more guidelines will be issued.

Prime Minister Abdalla Hamdok last month fired the governor of the state of Khartoum after he opposed a ban on religious gatherings imposed to try to curb the spread of COVID-19.

Reopening of mosques and places of worship across a number of Muslim dominated countries have been the subject of heated debate and controversy.

Mauritania, Senegal and Niger have all allowed mosques to reopen but with strict adherence to virus containment measures like physical distancing, using masks and good hand hygiene.

In Nigeria, however, strict closure orders are being enforced. The country has a Muslim majority north where a number of clerics have argued that if markets are allowed to operate with guidelines, it is only fair that mosques be given a similar dispensation.

But for Sudanese especially in Khartoum, the restrictions will also help to mourn compatriots who were literally massacred after a deployment of paramilitary agents, the Rapid Support Forces, forcibly broke up the sit-in killing hundreds in the process.