COVID-19 measures at Burundi campaigns ahead of May 20 vote

Burundi is getting set for its May 20th presidential vote, despite the global COVID-19 pandemic. The ruling party has picked army general, Evariste Ndayishimiye, as its candidate for the election.

During rallies in the cities of Bujumbura and Muramvya, supporters of the ruling CNDD-FDD had their temperatures taken. They were also required to wash their hands before attending campaign events.

“ Considering that social distancing will not be practically possible, we decided to use the thermometers to measure the temperature at the entrance of the stadiums or places of gatherings,” Thaddé Ndikumana, Minister of Health said.

With 15 confirmed cases of the new coronavirus and one death announced on Saturday, some Burundians believe that life must go on. The country also has 7 recoveries as of May 4.

Willy Nyamitwe, senior Advisor to outgoing president Nkurunziza is of that view: “If you prevent people from enjoying their freedom, their social life, their political life, their economic life, these people will suffer more than you anticipated.

“It will not be from COVID-19, but rather, they will suffer from being restricted,” he added. President Pierre Nkurunziza has promised to step aside after 15 years in office, raising questions about his motives. 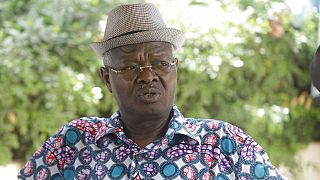