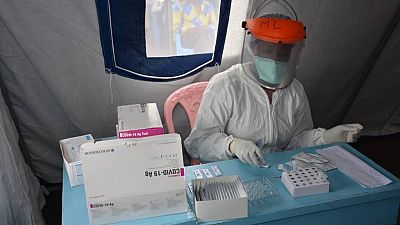 According to the diplomat, the amount is for humanitarian efforts. Aside the donation, his country was also coordinating support from Swiss companies in Cameroon to help in the response. He also touched on repatriation of nationals from Cameroon back home and vice versa.

He reiterated that Switzerland also fully backed the ceasefire calls in restive regions as advocated by the United Nations Secretary-General last month. “Violence needs to stop in this area because the fighting of COVID-19 is a priority,” he said.

Cameroon’s virus statistics as of May 4 stood at: 2,077 cases with 64 deaths and 953 recoveries. The country remains the most impacted in the Central Africa region.

Staff from the main #COVID19 response center in Cameroon on strike as they claim that despite being highly exposed, they haven’t received any pay or insurance. 150 were apparently dismissed. https://t.co/2Q2kIa1krO

Health workers recruited by the Ministry of Public Health at the beginning of the outbreak of the coronavirus in Cameroon protested the non-payment of their salaries yesterday in Yaoundé, Centre Region.

According to reports, the workers have gone for weeks without payment. pic.twitter.com/TvLxzCADXK

Cameroon Health Minister gave updates on coronavirus figures weeks after he opted against releasing figures via his Twitter account. The latest figures by Minister Manaouda Malachie indicate a boom in recoveries which now stand at 688.

At last count April 23, recoveries were at 397 meaning an increase of 291 had been recorded. He released the figures after a government COVID-19 pandemic assessment meeting on Friday.

“Today’s statistics show 1,430 people infected, including 692 active, 120 hospitalized and 20 on respiratory assistance. 668 recovered and 43 deaths. We continue to control this virus,” his post read in part.

“The numbers are totally confusing. And the differences between these and those in the Ministry of Health official report to partners from two days ago adds to the confusion,” another user chipped in.

As per the John Hopkins University data which Africanews relies on, active confirmed cases stood at 719, as against the 692 cases reported by the Minister. The Africa CDC and WHO Africa region had yet to release daily tallies at the time of filing this report.

Meanwhile, the Health Ministry posted a statement on its official Facebook page with a case count of 1332 across eight regions of the country. It is silent on active cases but quotes 688 and 43 in respect of recoveries and deaths.

Cameroon consolidated its spot as Central Africa’s most impacted nation doubling its coronavirus tally in fifteen days and going past the 1,000 mark.

In early April, the country’s infection stood at 509. It has reached 1,017 as of April 18 according to records by the john Hopkins University tracking site. There are 117 recoveries with 22 deaths.

A social media push for president Paul Biya to address the nation did not pay off exactly but the president popped up on Thursday after a long public absence.

His meeting with the French ambassador was the first time he had directly commented on the COVID-19 crisis. A post on his official social media handles said he had discussed cooperation with the ambassador in the fight against the rampaging pandemic.

Cameroon like most African countries closed its borders – land, sea and air, suspended all academic activities but has not imposed a lockdown or curfew. Coordination of COVID-19 efforts has largely rested on Prime Minister Dion Nguthe.

In early April, a month after the first case of COVID-19 was recorded, Cameroonians mounted a social media campaign demanding that 87-year-old Paul Biya addresses the nation like most of his peers across the continent were doing.

Cameroon’s coronavirus tally as of April 3 stood at 509, Health Minister Manaouda Malachie confirmed in his daily briefing posted on Twitter.

Of the current figure, 203 were new cases that came from tests run 800 travellers arrived in the country recently. Cameroon also has 17 recovered patients with eight deaths.

“Our active case finding strategy is starting to pay off. We did 800 tests (majority of travelers) 203 of them are positive but asymptomatic, that we must leave the community and treat,” the Minister wrote in his post.

Cameroon is the most impacted country across Central Africa. Only DR Congo have passed the 100 mark in the region with 134. Gabon, Equatorial Guinea, Congo Republic, Central African Republic and Chad have 21, 16, 22, 8 and 8 cases respectively.

The Minister in outlining government strategy to deal with the pandemic said six main measures were being implemented: massive and generalized testing, placement in immediate treatment of cases, active surveillance of suspect cases.

The remaining are awareness of the populations (hygiene, distance, etc.), border control and development of reliable local expertise for the response. 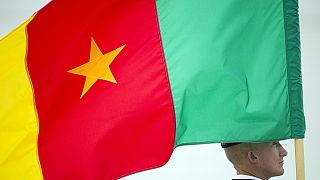 Cameroon closes all borders amid raft of coronavirus guidelines

Cameroon closes all borders amid raft of coronavirus guidelines