In an effort to fight the COVID-19 pandemic, South Africa’s President and members of his cabinet have agreed to donate one-third of their salaries to support the country’s coronavirus fund.

This comes as part of a series of strategic measures taken, to fight the pandemic. South Africa is the continent’s most impacted country with close to 2000 confirmed cases.

Speaking in an address on Thursday during which the president announced a two-week extension of the lockdown, Ramaphosa urged citizens to unite in the war against the pandemic.

“In support of this effort, we have decided that the President, the Deputy President, Ministers and Deputy Ministers will each take a one-third cut in their salaries for the next three months. This portion of their salaries will be donated to the Solidarity Fund.”

The President, who is current president of the African Union, also called on African leaders to consolidate efforts towards the combat of the virus.

“Over the past two weeks, I have been speaking to other African leaders about a coordinated Africa continental effort to combat the coronavirus and support our people and our economies. “

South Africa is the worst-affected country on the continent but its figures are backed by a mass testing that has seen over 60,000 tests being carried out as against countries that have less that 5,000 tests to date.

Major stats as of April 10: 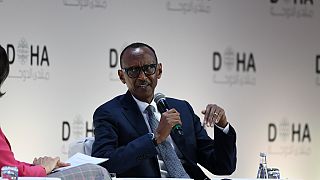 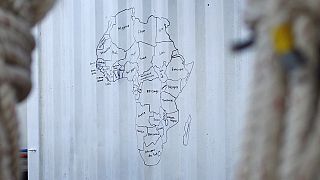