Nigeria's Kano gets new Emir after ouster of 'controversial' Sanusi 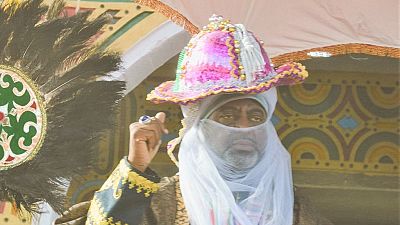 The state government at an executive council meeting removed Sanusi from his position after six years in office. The main grounds for removal was his failure to respect instructions by the government.

The new Emir is in the person of Aminu Ado Bayero, son of the 13th Emir, Alhaji Ado Bayero, after whose demise Sanusi was enthroned. Emir Aminu Ado Bayero becomes the 15th Emir. Previously he was Emir of Bichi, one of the four newly-created Emirates controversially created in May 2019.

Meanwhile, some local portals are reporting that security operatives detained dethroned Emir Sanusi II and whisked him out of the ancient city amidst tight security.

The reports said he was being transported to Nassarawa state where he is expected to “spend the rest of his life in asylum.” Earlier reports had indicated that he had planned to move to the capital Abuja..