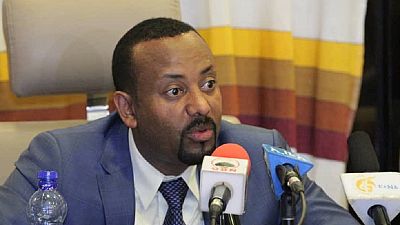 The Oromo Federalist Congress, OFC, politician; in a facebook post on Wednesday alleged among other things that government, which he tagged a regime, was using arrests and harassment to foil activities of particularly the OFC across Oromia.

The post titled: “Pre-election rigging has began…” claimed that over 1,000 people were being detained at a military camp because of their political involvement.

These all acts of pre-election interferences by the regime are documented and reported to the NEBE (National Electoral Board of Ethiopia) and other stakeholders. Corrective actions are expected and must be taken as earliest as possible.

“There is widespread harassment and jailing of opposition organizers across Oromia. In addition to detaining organizers in local police station, they are have restarted shipping people to the infamous mass detention centers at military camps,” the post read in part.

He cited instances of signature collection – a key electoral requirement – had systematically been frustrated by government elements.

“These all acts of pre-election interferences by the regime are documented and reported to the NEBE (National Electoral Board of Ethiopia) and other stakeholders. Corrective actions are expected and must be taken as earliest as possible,” his post concluded.

Ethiopians will go to the polls for regional and national level elections on August 29. According to the schedule, campaigning is set to begin on May 28, and final results will be made available no later than September 8.

Jawar was a key architect of anti-government protests that rocked the country culminating in the appointment of Abiy Ahmed as Prime Minister in April 2018. He returned to the country and decided to join mainstream politics.

He was seen as an ally of the PM until the two fell out. Jawar was at the heart of deadly protests that claimed scores of lives last year after he alleged that his personal state security agents were clandestinely being withdrawn endangering him.