This came as he met , Assistant Foreign Minister for Human Rights, Social and International Humanitarian Affairs at the Ministry of Foreign Affairs of the Arab Republic of Egypt, Ambassador Dr. Ahmed Ehab Gamal El Din on the sidelines of his participation in the 43rd session of the United Nations Human Rights Council (UNHRC) in Geneva.

During the meeting, the Assistant Foreign Minister welcomed Ambassador Dr. Ahmed Ehab, expressing pride and appreciation over the strength of bilateral relations in light of the keenness and care of the two countries to strengthen bilateral cooperation and joint coordination on various issues and reviewed with him the best modalities to further consolidate ties for the benefit of the two brotherly countries and peoples.

Ambassador Dr. Ahmed Ihab uttered satisfaction with the distinguished bilateral relations which are constantly witnessing development and growth at all levels, wishing the Kingdom of Bahrain continuous progress and prosperity.

It is worth noting that the UNHRC’s 43rd Session comes at a time when the world suffers from growing terrorism, intolerance, extremism and conflicts leading to the violation of basic human rights, security, stability and peace This is in addition to the risks of climate change and the environment challenges facing sustainable development that are tabled for discussion by the UNHRC at its current session to curb them.

Distributed by APO Group on behalf of Ministry of Foreign Affairs of Kingdom of Bahrain.
Media files 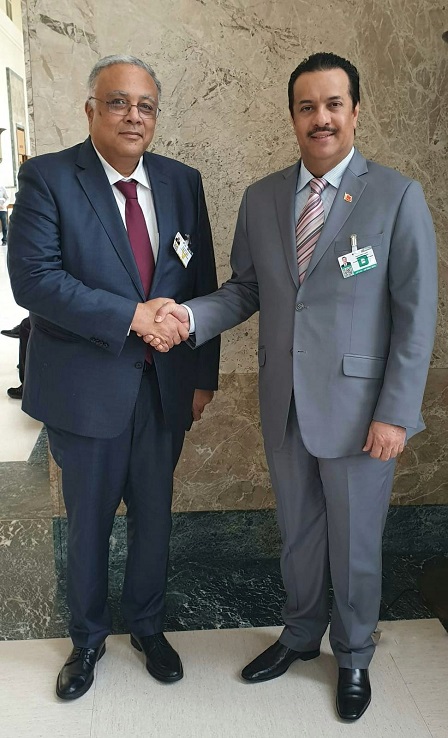