Werner Kok will have a broad smile on his face when he joins a very illustrious group of Springbok Sevens players in Los Angeles this weekend.

Kok will take the field in his 50th HSBC World Rugby Sevens Series tournament and his achievement follows hot on the heels of Justin Geduld, who joined Branco du Preez, Chris Dry, Cecil Afrika, Frankie Horne, Kyle Brown and Philip Snyman in Club 50 in Sydney at the beginning of the month.

For the popular Nelspruit native, it will be a special feeling that he will treasure and something he did not think of when he debuted as a Blitzbok for the very first time way back in London in 2013.

“It was not something I ever thought would happen, so it is going to be a great feeling, no doubt,” said Kok as the team prepare for the HSBC LA Sevens at Dignity Health Sports Park in Carson, Los Angeles.

“I have shared some amazing things with this squad and to hit 50 tournaments with them is a very rewarding feeling. It will also be a bit emotional for me knowing that I am leaving them at the end of the World Series, but for now, I just want to go out there and enjoy the feeling of being a Blitzbok alongside these fantastic players.”

Kok will be leaving the sevens programme at the end of the current season to join the Cell C Sharks, and he treasures every opportunity in the Blitzbok jersey, which he has worn in 249 matches so far. Should he get game time against Kenya on Saturday, he will reach his 250th match, and he can’t wait.

“It will be pretty amazing I am sure. I still recall my very first match for the Blitzboks. I came off the bench against France in London and my first act was to defend, but the guy stepped me blind,” Kok recalls with a laugh.

“Luckily I could work back and then won the turn-over two phases later. My first start was at the same tournament, in the quarter-finals against England.”

However, his career did not kick on as anticipated the following season, where he missed out altogether as Paul Treu, the Blitzbok coach at the time, did not see Kok as part of his plans.

Kok decided to enroll at the Western Province Rugby Institute from where he was drafted in the newly formed SA Rugby Sevens Academy. And the rest, as the saying goes, is history.

But all good things come to an end and Kok is realistic about his expectations for the next few months with the Blitzboks.

“This team has meant so much to me – I was part of the team that won the World Series twice and then got an Olympic medal as well, those are pretty special moments,” said Kok.

“That is why I give everything every time I play; it is my way of thanking all who believed in me and has my back on the field as well.”

Kok hopes for a final hurrah at the Olympic Games in Japan in July.

“Yes, I am pushing hard for a place in that squad, but that is still in the distance,” he said.

“For now, we need to focus on what awaits us this weekend. We are in a tough pool and although it will be my 50th tournament, we can’t expect any favours from anyone. It will be great if we can win it, but that is not where the focus is. We need to make sure we execute our game plan in order to be successful.”

Note to Editors:
Audio notes of Werner Kok (Afrikaans and English) can be downloaded here (http://bit.ly/3akR5lx). 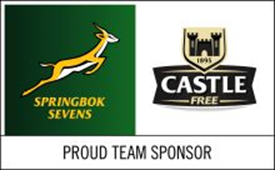